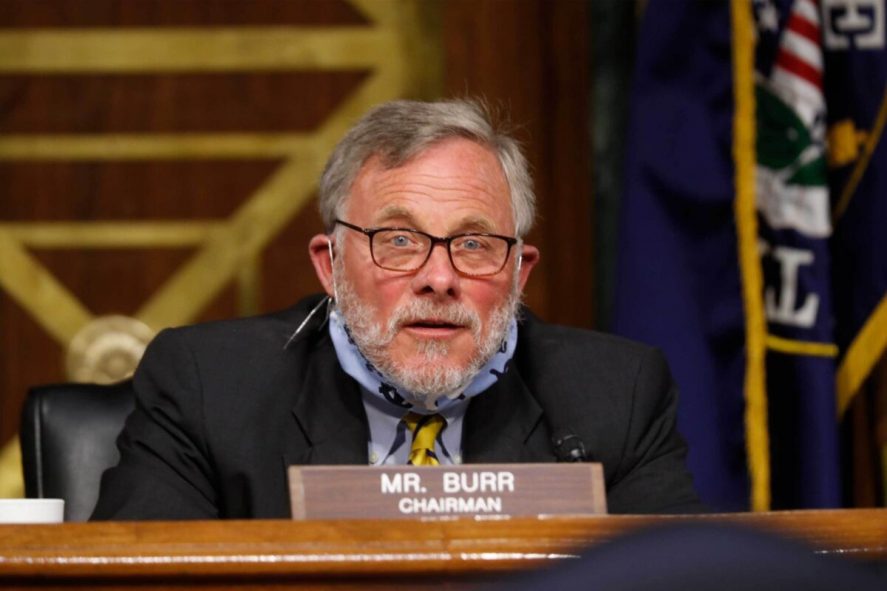 We told you earlier about our senior US senator’s stock market transactions right at the start of this whole coronavirus brouhaha.  Folks from both sides of the aisle called for a probe into Richard Burr’s activities.

Now, it’s being reported that the senator’s brother-in-law made some of the very same peculiar-yet-lucrative trades right about the same time the senator did:

Sen. Richard Burr was not the only member of his family to sell off a significant portion of his stock holdings in February, ahead of the market crash spurred by coronavirus fears. On the same day Burr sold, his brother-in-law also dumped tens of thousands of dollars worth of shares. The market fell by more than 30% in the subsequent month.

Burr’s brother-in-law, Gerald Fauth, who has a post on the National Mediation Board, sold between $97,000 and $280,000 worth of shares in six companies — including several that have been hit particularly hard in the market swoon and economic downturn.

A person who picked up Fauth’s phone on Wednesday hung up when asked if Fauth and Burr had discussed the sales in advance.

In 2017, President Donald Trump appointed Fauth to the three-person board of the National Mediation Board, a federal agency that facilitates labor-management relations within the nation’s railroad and airline industries. He was previously a lobbyist and president of his own transportation economic consulting firm, G.W. Fauth & Associates.

Burr came under scrutiny after ProPublica reported that he sold off a significant percentage of his stocks shortly before the market tanked, unloading between $628,000 and $1.72 million of his holdings on Feb. 13 in 33 separate transactions. As chairman of the Senate Intelligence Committee and a member of the health committee, Burr had access to the government’s most highly classified information about threats to America’s security and public health concerns.

Before his sell-off, Burr had assured the public that the federal government was well-prepared to handle the virus. In a Feb. 7 op-ed that he co-authored with another senator, he said “the United States today is better prepared than ever before to face emerging public health threats, like the coronavirus.”

That month however, according to a recording obtained by NPR, Burr had given a VIP group at an exclusive social club a much more dire preview of the economic impact of the the coronavirus, warning it could curtail business travel, cause schools to be closed and result in the military mobilizing to compensate for overwhelmed hospitals.

The timing of Burr’s stock sales drew widespread outrage, allegations of insider trading, calls for his resignation and an FBI investigation.

Burr defended his actions, saying he relied solely on public information, including CNBC reports, to inform his trades and did not rely on information he obtained as a senator.

Fauth avoided between $37,000 and $118,000 in losses by selling off when he did, considering how steeply the companies’ shares fell in recent weeks, according to an analysis by Luke Brindle-Khym, a partner and general counsel of Manhattan-based investigative firm QRI. Brindle-Khym obtained Fauth’s financial disclosure from the Office of Government Ethics and shared it with ProPublica. Government forms only require that the value of stock trades be disclosed in ranges. After the February sales, the total value of Fauth’s individual stock holdings appears to be between $680,000 and $2 million.

Alice Fisher, Burr’s attorney, told ProPublica that “Sen. Burr participated in the stock market based on public information and he did not coordinate his decision to trade on Feb. 13 with Mr. Fauth.”

She did not respond to a question about whether Burr discussed anything he learned as a senator with Fauth or any other relatives.

A review of Fauth’s financial disclosure forms since 2017 show that he is not a frequent stock trader, but that he also had a major day of sales in August 2019.

The Republican of North Carolina, who is under investigation for his stock trading, regularly flips health care stocks even as he pushes for legislation to help the industry.

The finances of the Burrs and Fauths have intersected before. Federal Election Commission records show that Burr’s leadership PAC, Next Century Fund, has paid $120,348 since 2002 to his sister-in-law, Mary Fauth, Gerald’s wife, who serves as treasurer. The PAC has also paid $104,850 in rent and utilities over the same period to 116 S. Royal St. Partners, in which Gerald Fauth is a partner.