people’s cash to “educate” all of those young skulls-of-mush:

Public universities in North Carolina spend nearly $17 million per year on salaries for diversity and equal opportunity staffers, a new report has revealed.

The University of North Carolina Equal Opportunity and Inclusion Study discovered that the systemwide diversity apparatus costs taxpayers $16,615,724 annually, not including an estimated $5,467,663 in benefits and $1,902,312 in office supplies and related materials.

Although the report was triggered by budget concerns, researchers conclude that while consolidation of services “may yield some cost savings,” that ultimately those savings are “not believed to be significant.” No positions are recommended to be cut.[…]

Oh, of course not. (*No word yet if those “diversity” efforts include conservative outreach.*) 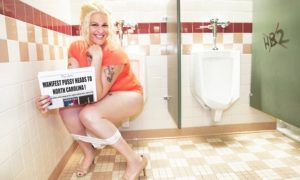 […] Further, the report warns against consolidation of services, given the importance each unique staffer has in “creating an institutional culture that offers safety, acceptance, support, tolerance, and respect for individuals.”

So, we’re paying state employees to allegedly do what parents and other family members SHOULD BE DOING?

[…] This culture of tolerance is bolstered in numerous ways. At UNC-Chapel Hill, for example, diversity staffers offer numerous workshops for students on issues related to diversity, microaggressions, and power and privilege.

At North Carolina State University, meanwhile, diversity staffers organize dozens of events every month, sometimes up to three or four per day. This upcoming week, NCSU diversity staffers will host a discussion on “Love as Political Resistance,” a self-care event called “Feelin’ Myself,” a talk on the “Politics of Black Hair,” and a handful of others.

Anthony Hennen, a research associate at the Martin Center, notes that the study—which was commissioned by UNC officials and conducted by an independent firm—is likely to protect the jobs of diversity staffers despite the system’s need to reign in spending.

“Within three months from now, the [North Carolina General Assembly] will receive a report that catalogs the system’s diversity procedures rather than criticizes its deficiencies,” he writes. “Should the legislature accept the report’s conclusions, diversity jobs will be safe from scrutiny even while university costs continue to climb.”