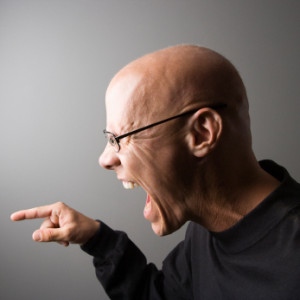 A requirement for voters to show ID at the polls, and special licensing for non-citizens would appear to be no-brainers for the state GOP after winning an overwhelming majority and mandate in 2012.

But, no.  The lefties scream holy hell about both issues.  Their screaming gets magnified by their comrades in the state’s’ mainstream media.  And the executive branch and the state House leadership tuck their collective tails and run for the hills.

First up: Voter ID.  More than TWO-THIRDS of state voters think it is a good idea for voters to PROVE WHO THEY ARE, beyond a reasonable doubt, when they show up to vote on Election Day.  There are SO many things in life that require a photo ID:  buying booze, driving, buying firearms or ammo, setting up a bank account.  Why not require it for one of the most sacred rights spelled out by our Constitution?

We’ve had the usual suspects (the race pimps) hollering racism and invoking Bull Connor and Jim Crow to every media camera they can find.  Speaker Thom Tillis & Gov. Pat McCrory — apparently shocked and stunned that lefties would dare to insinuate that Republicans are racists — are backpedaling like crazy trying to save those precious poll numbers.  In fact, Tillis told MSNBC that the House bill will likely consider expired driver licenses  (for senior citizens) and college student IDs as acceptable forms of voter ID.   Really?  Granted, grandma in the retirement home is probably not doing much driving.  But how does she prove — beyond a reasonable doubt — who she is?  There is bound to be some kind of  ID requirement for social security, Medicare, and Medicaid benefits.  If there isn’t, that’s a whole new scandalous can of worms.

As far as college students go, I think it is wrong for them to be allowed to vote in their campus’s jurisdiction.  Most all of them are still living on their parents’ dime or government financial aid.  They have NO skin in the game.  They are going home in the summer.  I am fine with them voting where their parents live — if that is their permanent address.  But what’s to stop an out-of-state student from voting here AND voting at HOME?

Next Cave:  Driver licenses for illegal aliens.  Gov. Pat’s team talked about issuing driver licenses to non-citizens, in order to comply with federal law,  that include a pink stripe AND the slogan “No Lawful Status.”    Lefties screamed holy hell here, as well, claiming that the move will single out non-citizens and make them feel bad.  Never mind that the layout / design of licenses for drivers under 21 was changed to make it harder for them to fool clerks into selling them cigarettes and beer.  Will that crowd put down their iPhones and Xbox controls and pitch a fit about discrimination, as well?

The lefties upped the ante by bring in some Jewish rabbis to protest the license redesign, apparently alluding to the, ahem, *obvious* similarity to the yellow stars the Nazis made their ancestors wear.   Surprise, surprise.  Team McCrory is caving.  The pink stripe is gone.

I am all for allowing non-citizens living here to be licensed to drive.  I think that creates a little more safety on the roads. A lot of foreign countries provide this service for Americans living abroad.   But the license needs to MAKE IT CLEAR that these people DO NOT have all of the rights and privileges of lawful citizens.   Like voting, for instance.

Where will this crowd in Raleigh draw a line in the sand and fight for something?  They went along with the Senate legislation to refuse ObamaCare implementation only after being bombarded with grassroots pressure and protests.

We, out here in the grassroots, can hold off the liberal hordes for you.  Just give us something to fight for.  Actually follow through with the promises in your campaign ads and literature, and the party platform.