Not only does WRAL want the government to take all your money and run your life for you, but they are also doing all they can to kill off a cherished Raleigh holiday pastime.  Here’s the latest from the Greater Raleigh Merchants Association, the longtime force behind the Raleigh Christmas parade:

Members- Many of you have been asking why commercials for the Raleigh Christmas Parade are being broadcast on both WTVD-ABC11 and WRAL-NBC 5 this year, even though WTVD was the awarded exclusive broadcast rights for this year’s parade by the Greater Raleigh Merchants Association (GRMA). Questions are also being asked about the continuing newspaper articles that are trying to portray some type of “feud” between the GRMA and WRAL. Because of this situation, the board of GRMA wanted to let all of our members know the facts involved in this situation, so that the membership understands the actual events involved.

The Raleigh Christmas Parade is a Raleigh tradition, and has existed for 73 years. The parade has always been organized by the GRMA, and the GRMA owns the rights to the parade. For a number of years, the parade has secured a title sponsor to help underwrite the costs of organizing and presenting the parade. Selling the parade title sponsorship helps our non-profit association do the work we do promoting businesses like yours and working to keep more of your hard-earned money in Raleigh. For the past decade, WRAL has been awarded the contract for the title sponsorship. As part of that contract, WRAL was awarded exclusive broadcast rights for the parade. WRAL was also permitted to sell the Gold, Silver and Bronze sponsorships packages to other businesses in our community, and WRAL was allowed to retain 100% of those sponsorship dollars. The contract with WRAL ended with the 2016 parade.

During the summer and fall of 2017, GRMA engaged in a lengthy negotiation process with WRAL over sponsorship of the 2017 parade. GRMA wanted to ensure that WRAL would perform its contract obligations as the exclusive broadcast partner.During the past years of the contract, WRAL had failed to live up to certain contract obligations. GRMA and WRAL were unable to come to mutually agreeable terms for the 2017 parade sponsorship, so GRMA was left with no option but to seek out another broadcast and title sponsor for the 2017 parade. 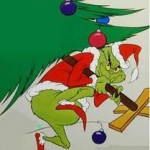 GRMA secured an offer from WTVD that was superior to WRAL’s offer made during the negotiating process. Under the terms of the prior contract with WRAL, GRMA was required to present any bona-fide offers to WRAL. GRMA presented the WTVD offer to WRAL, and only at that time did WRAL present a reasonable proposal to GRMA. Both offers were then presented to the GRMA board of directors and both stations were invited to make presentations to the board. After reviewing the proposals and hearing the presentations, the GRMA board of directors unanimously voted to award the 2017 Raleigh Christmas Parade title sponsorship to WTVD-ABC11.

WRAL was notified of this decision on October 3. On October 23, GRMA made the announcement of the title sponsor contract with WTVD public. Since learning that the 2017 contract was awarded to WTVD, WRAL has retaliated against GRMA in many ways. In past years, WRAL asked other media outlets to respect its broadcast rights when it had the exclusive media partner contract and not broadcast the parade. The other media stations in the market acted as responsible corporate citizens and respected the exclusive broadcast contract for the parade. WRAL however has refused to live by the same code.

On October 20, WRAL-5 filmed a commercial with the GRMA parade Santa, and began running commercials and social media ads stating to the public that it would be airing the parade live on its network, posting information on its website about the parade and its plans to broadcast and running paid Google ads directing the public to its website. WRAL also had its anchors and employees posting news about the broadcast of the 73rd annual parade on their personal and professional social media accounts. WRAL engaged in a campaign to confuse the public and create the impression that it was somehow still involved with the parade.

Nowhere in any of these promotions did WRAL mention or refer to the GRMA. It was also at this time that GRMA learned that WRAL had submitted paperwork to the City requesting street closures in conjunction with the parade to set up its own broadcast booth in an effort to film and broadcast the parade in its entirety. On Monday, October 30, we were notified WRAL has since pulled permits for a second broadcasting area. WRAL has continued to air commercials, post blogs about the parade and share on social media in an attempt to confuse the public that it is in some manner associated with the Raleigh Christmas Parade and that it is a sponsoring entity of what belongs to GRMA and you, our members. The reality is that WRAL has chosen to ignore the parade contract. WRAL’s actions are diminishing the value of the parade to be marketed as the parade presented by GRMA/Shop Local Raleigh. WRAL’s conduct is lowering the parade’s associated sponsorship value which will, in turn, hurt Shop Local Raleigh.

The parade has long been a gift to our community, a gift we are proud to present. As you know, the parade is very expensive to produce and execute. With WRAL broadcasting the parade on its station, it is taking away viewership from the official broadcast for its own financial gain and in an effort, we believe, calculated to harm GRMA and retaliate for its loss of the parade contract. WRAL’s action will hurt the parade and put it in a difficult financial position in the future. The parade is an opportunity to bring awareness to Shop Local Raleigh and our members. WRAL has removed GRMA and Shop Local Raleigh from all of its advertising in connection with the parade. WRAL’s public statements and advertising are confusing to the public and do not mention that GRMA is doing the work required to organize and run the parade. We have all been stunned about WRAL’s actions.

The mission statement of WRAL’s owner, Capitol Broadcasting Corporation, states that: as a community leader, CBC will strive to ensure that ethics and moral standards are clearly set forth in everything we do. Capitol Broadcasting’s Code of Ethics states: We commit to being a responsible, caring, corporate partner in the community. We serve as a role model of ethical and responsible business to improve the well-being of our community. CBC’s management Code of Ethics states:We uphold our reputation and image by observing the highest standards of legal and ethical conduct in business dealing. We do not sacrifice our code of ethics in pursuit of winning.

Ask yourselves whether WRAL’s actions meet those standards. Where do we go from here? We are small business owners, we are hard-working and we are the backbone of our local economy. We will continue to work for what’s right, for what’s good and for what’s in the best interest of our community and you, our members.

As for WRAL and Capitol Broadcasting, we can ask nothing more of them than to do the right thing, do the ethical thing, do the responsible thing, and not broadcast the 2017 Greater Raleigh Merchants Association Shop Local Raleigh-Raleigh Christmas Parade, a parade that does not belong to WRAL or Capitol Broadcasting. We appreciate your membership and your support of the Greater Raleigh Merchants Association and Shop Local Raleigh! Here’s to another wonderful Raleigh Christmas Parade, may it not be our last!