If there is a protest in Chapel Hill, you can bet Altha Cravey will — at some point — be in the vicinity.  We wrote about 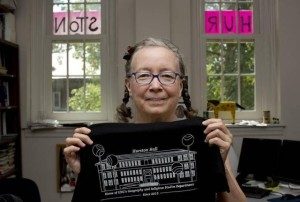 this faculty member, who describes her self as ”pretty good at raising hell”, back in 2015.

Altha is back in the news claiming that the uptight conservatives in Chapel Hill are hurting her ability to advance professionally:

A female geography professor has sued officials at UNC-Chapel Hill, claiming gender discrimination and retaliation for raising concerns of sex and racial discrimination at the university.

The faculty member, Altha Cravey, filed a complaint this week in Middle District of U.S. District Court against the university and three administrators — Chancellor Carol Folt, College of Arts and Sciences Dean Kevin Guskiewicz and Geography Department Chair Michael Emch. She is seeking back wages and benefits, promotion, compensatory damages and attorney’s fees.

She claims she has been denied promotion to full professor while male professors with similar or lesser credentials and experience have been promoted. A university spokeswoman declined to comment on the lawsuit Friday.[…]

Okay.  She’s white and female — checking off both the jackpot boxes in the social justice warrior game.  Let’s learn more about the important work she’s doing in those hallowed halls of learning in Orange County:

[…] Cravey is an associate professor of geography at UNC, where she has been on the faculty for 23 years. Her teaching includes courses on globalization, migration, trans-nationality, feminist geography, Latino studies and Latin American geography.[…] 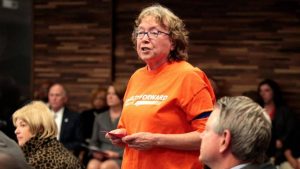 Feminist geography?  Is that like changing the name of “Manchuria” to something like “Wo-Manchuria” in order to be more inclusive, sensitive, and granola-crunchy?

Just to put it all in perspective, she’s enlightening these young minds in Chapel Hill at a cost to us of $88,849 per year (not counting bonus, overtime, annual leave, longevity or summer pay).

Let’s step back in time to check some student reviews of her classes circa 2010-2011: