Who enjoys being lied to?  I don’t.

Yet, many Republican voters — instate and nationwide — seem to be giving it the OK.  Republicans talk a good conservative game at election time.  When they get into office — they do a lot of “crossing the aisle” and “getting things done.”  A lot of the same stuff perpetrated by the folks we threw out.

In 2010, we gave the GOP big numbers in Washington with the mission of killing ObamaCare.  Since 2010, we’ve gotten a whole lot of half-ass effort and excuses. (No numbers in the Senate, man!)

*Democrats got HB2 repealed without ANY numbers in the state legislature. It’s amazing what you can accomplish with a good fight.*

There were six or seven bills sent up to Obama demanding repeal of ObamaCare.  All of them got repealed.  Now that we have a Republican president, you would have thought they’d send one of those up to Trump for signing.  But, no.  We got lipstick on a pig that did little more than rename ObamaCare.

Conservatives in the House said NO.  And the bill got pulled.  Instead of beating on the GOPe for trying to scam their voters,  the conservative minority group in the House was wailed upon.  The Trump White House has even hinted that it would be pleased to see those people primaried.

First, why are conservatives a minority segment within the alleged conservative party? Could it be that we have a whole bunch of Republicans who have taken advantage of the good reputation conservatism has with voters, mouthed a bunch of conservative-sounding platitudes to their voters, and then did a 180-turn after being sworn in?

We’ve had the same scam going on in Raleigh.  The NCGOP went from an insignificant clique in Charlotte, Greensbor 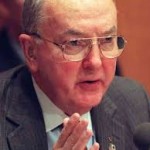 o, Asheville, and small pockets of Wake County to a statewide force thanks to: the conservative 1972 campaign of Richard Nixon, Jesse Helms and The Congressional Club, the conservative 1976, 1980 and 1984 campaigns of Ronald Reagan, and the 2010 Tea Party revolt.Prior to those events, the NCGOP was pretty much limited to some folks who weren’t allowed to sit at the Democrats’ “cool kids table.”  (Granted, there was also some loyalty out west to their ancestors’ historical ties to the Republicans, Lincoln and The Union.) 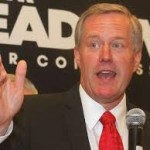 Conservatism stripped people away from The North Carolina Democrat Party and gave Republicans a seat at the table.

Yet, we’ve found that the people we elected — with the promise of stripping down government and giving power back to us — enjoy the perks of government just as much as the guys and gals in the other party do.   Rewarding contributors, kissing up to “leadership”,  and taking care of their own home territory beats out doing something good for the whole stateby a mile.

t.  Jesse Helms got 30 years in Washington being unapologetically conservative and saying ‘Hell, No!” every chance he got.  Lieutenant governor Dan Forest, also an unapologetic conservative, was the biggest vote-getter on the GOP side the last go-’round.

While working in Washington for Helms in the early 90s, I’ll never forget the number of visitors / tourists who came through the office saying something like this: “I don’t agree with the senator on everything.  But it is so refreshing to have someone representing me who does what he says he is going to do. I don’t have to wonder what he’s going to do.”

I think that school of thought still prevails.  It is sad that leaders who do what they say are so rare.  But they are in demand.

If you’re not comfortable with cutting government, cutting taxes, or protecting family values, DON’T SAY IT on the campaign trail.  Say something like this: “The other guys want to manage 98 percent of your life.  I only want to do it 80 percent of the time.”

See how well that works for you.

12 thoughts on “WHY is The Right, which brought the GOPe to the dance, THE PROBLEM?”