Election Integrity has been a HUGE issue during recent years.  A lot of grassroots groups on both sides of the aisle have been taking on the issue and paying close attention to related developments.  Several red flags went up when the budget bill was passed by The North Carolina General Assembly. 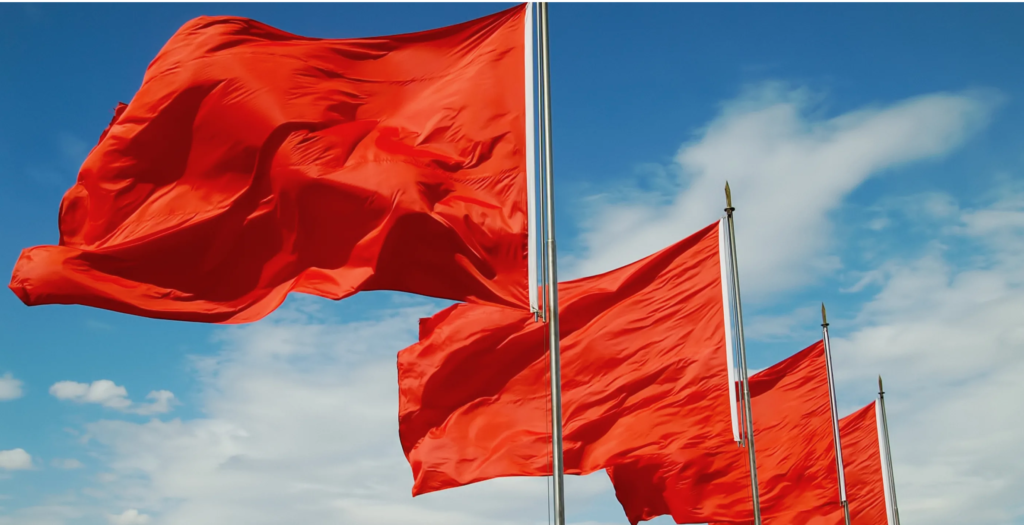 The bill includes authorization for North Carolina to join and send money to something called the Electronic Records Information Center (ERIC).  Critics see ERIC as a foot-soldier for the left wing seeking to take America on a long-term leftward trajectory.  Others see it as an important resource for cleaning up voter rolls and ensuring the widest possible participation in voting.  (Heck, even the John Locke Foundation is endorsing the idea of North Carolina aligning with these folks. )

Alabama has had some recent drama with ERIC.   A candidate for that state’s secretary of state post has raised several red flags:

A nationwide program that the state of Alabama contracts with to maintain voter information is coming into question after an Alabama Secretary of State candidate announced he will withdraw the state from the program if he is elected.

“Alabama taxpayers do not want their information provided to a Soros-funded, leftist group like ERIC,” Allen said.

Current Secretary of State John Merrill, who is term-limited from running again, signed a contract between the state and ERIC in 2015. The state pays a fee of $28,000 per year, which Merrill feels is a good deal for the services offered.

“So if they can’t do it, how are you going to do that work,” Merrill asked?

As for the Soros’ allegations, Merrill said, “The problem is, ignorant people have information introduced to them, they get a toenail sliver piece of it, and they think it’s enough to write a master’s thesis because they heard somebody say that George Soros was supportive of ERIC and he helped create it.”

“Through the Pew Charitable Trust, their funding partner is Open Society,” said Allen. “Well, Open Society is George Soros. So, even though the Soros money may have been all spent by now, there’s no dispute that Soros’ money helped feed the project.

“Alabama can police our own voter rolls,” Allen added. “Paying about $25,000 a year in taxpayer money to a private non-profit organization – I think Alabama has the resources to do it ourselves.”

According to its website, ERIC is a non-profit organization whose mission is to assist states in improving the accuracy of its voter rolls and increase access to voter registration for all eligible citizens. It was formed in 2012 with assistance from The Pew Charitable Trusts.

ERIC claims to help states maintain voter rolls by identifying potential registered voters who have passed away, moved out of state or have duplicate registrations. In Alabama, Merrill said ERIC has identified more than 19,000 potential dead voters, more than 22,000 potential cross-state movers, and more than 24,000 voter records of potential duplicates.

Merrill also said ERIC can assist in locating and removing illegal immigrants from voting. However, the state’s contract with ERIC, which Merrill provided to 1819 News, states, “Under no circumstances shall the members transmit any record indicating an individual is a non-citizen of the U.S.’’

As of October 2021, 31 states plus the District of Columbia were members of ERIC. However, Louisiana recently suspended its participation after allegations against the program surfaced.

In a press release, Allen claimed ERIC was originally managed by David Becker, a well-known Democrat election lawyer who became the architect of ERIC after serving in the Justice Department during the Obama Administration. Becker created the Center for Election Innovation and Research, the same organization accused in 2020 of distributing millions from Facebook founder Mark Zuckerberg to Democrat-led counties.

“I don’t know how Alabama got mixed up with these people, but nothing like this will ever happen under my watch if I am elected to serve as Alabama’s next Secretary of State,’’ Allen said. “Soros can take his minions and his database and troll someone else because Alabamians are going to be off-limits – permanently.”

Allen is not the only one concerned with ERIC. Members of the state legislature are considering legislation to end the state’s contract with the organization. Alaska, Colorado, Louisiana, and the District of Columbia, which are members of ERIC, are being sued for blocking a review of voter registration records. […]

Republican leaders in the North Carolina General Assembly have stated repeatedly, in the face of complaints about ERIC, that the group will not be removed from the state budget.

Critics of the relationship with ERIC also point to ERIC’s close ties to another shadowy group:

Zuckerberg and his associates donated the money with the blessing of Michigan Secretary of State Jocelyn Benson.

That Zuckerberg-linked group, the Washington, D.C.-based Center for Election Innovation and Research (CEIR) donated the money, according to the group’s website.

The Michigan Center for Election Law and Administration (MCELA), meanwhile, accepted the donation, according to an undated emailed press release from Benson’s office. The MCELA’s website was down Tuesday evening. The group’s Facebook page was still active, although group members most recently posted in October of last year. Michigan Radio last year identified Jen McKernan as the MCELA president.

According to charitynavigator.org, the MCELA is a 501C3, and the IRS approved its tax exemption in 2010. The group’s Form 990s, according to the website, are not available because the organization files Form 990-N for 501C3’s with less than $50,000 in annual contributions. In essence, the group is simply a 501C3 Corporate shell that had virtually no contributions for 10 years — then got almost $12 million from the Zuckerberg-funded group in 2020.

Zuckerberg, who founded Facebook, and his wife Priscilla Chan donated the money, according to the press release.

“This education initiative will help to ensure that all Michiganders know how to vote absentee from home, early at their clerk’s office, or at their polling place on Election Day, and can do so with confidence that their vote will be counted,” Benson said in last year’s press release.

“The initiative is statewide and will inform Michiganders with advertisements on television, radio and social media, as well as direct mail and responsive text messaging.”

Benson spokeswoman Tracy Wimmer told The Michigan Star Tuesday that CEIR did not donate any money to the Michigan Secretary of State’s Office.

CEIR officials, on their website, said Michigan officials spent the money on a statewide messaging campaign and on targeted mailings to engage voters.

“Active registered voters received information about ways to vote, elections deadlines and how to request a mail ballot, and those who had not yet returned their mail ballot received instructions on how to do so,” CEIR officials said.

CEIR officials donated to other states as well. According to the CEIR website, group members initiated a Voter Education Grant Program “to provide nonpartisan, accurate, and official voting information to the public.” The website said the COVID-19 pandemic increased demand for this service.

“Due to the generous support of Priscilla Chan and Mark Zuckerberg, CEIR awarded every state the entire amount each requested,” the CEIR website said.

“In total, we provided states nearly $65 million, which they used to bolster their voter education efforts in a variety of ways.”

CEIR Executive Director David Becker has a bachelor’s degree and a law degree from the University of Berkeley in California. Becker also serves as CBS News’ election law expert, according to his LinkedIn page.

As Breitbart Newsreported, Zuckerberg and Chan donated $419 million to two non-profit groups that provided controversial private funding to state, county, and municipal governments for election administration in the 2020 presidential election. $350 million of Zuckerberg’s money went to the Center for Technology and Civic Life, which spent at least $24 million in key Georgia counties.[…]

You may recall that Georgia voted FOR BIDEN and against its two GOP US senators in 2020. 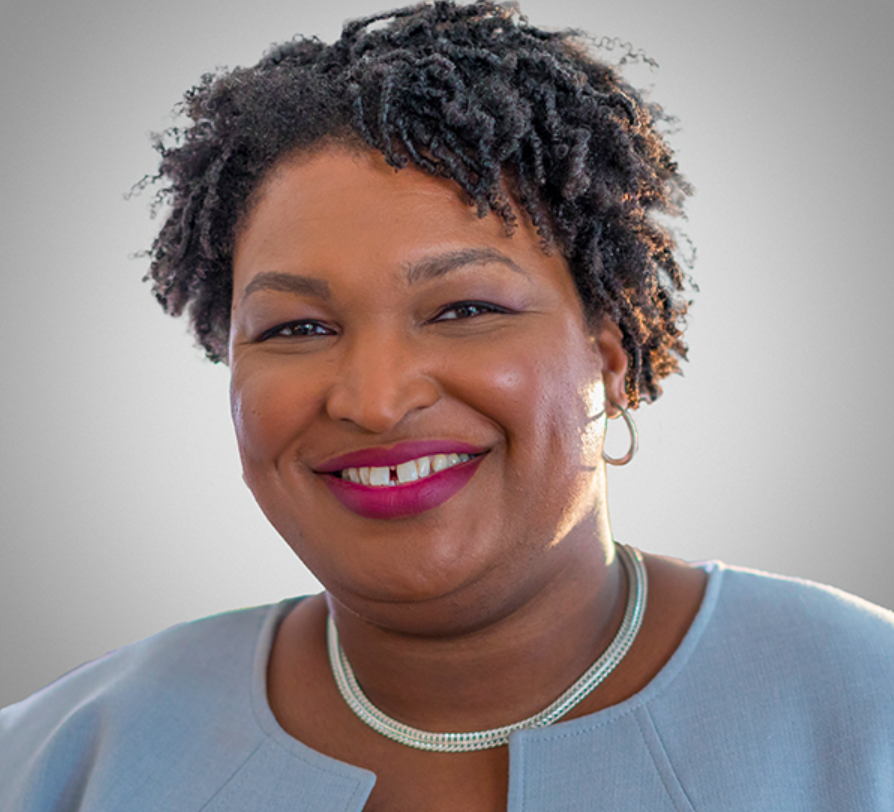 […] $69 million went to the Center for Election Innovation and Research, which privately funded state level operations through Secretary of State offices in 23 states, including $13 million in Pennsylvania, $11 million in Michigan, $5.6 million in Georgia, and $4 million in Arizona – four key battleground states that U.S. President Joe Biden narrowly won.[…]