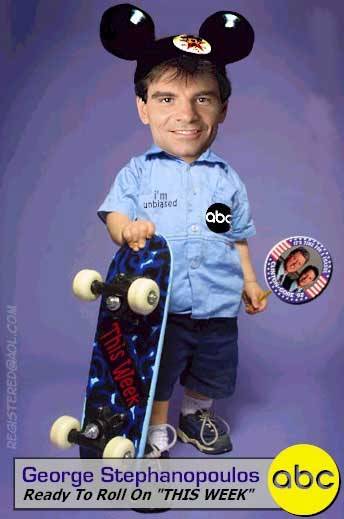 We’ve got record unemployment and national debt.  We’re in the midst of a presidential election, with a lot of debates.  People want to know how we’re going to get out of this mess.  You would think economic matters would dominate the conversation between the allegedly mainstream media and the candidates.  Rush told us today that, in Saturday night’s New Hampshire debate,  that was far from the case:

[…]Here we have the United States economy, US debt is now equal to our GDP and rising.  It isn’t going to be long before the entire, the totality of US debt is larger than the entire economic output of this country.  Unsustainable.  And yet what kind of questions do we get?  We got contraception questions. We have Stephanopoulos, who wouldn’t let go of it, and it was the social issues stuff.  It was pure and simple, and these are not innocent debate moderators.  These are Democrat Party hacks, every one of them, moderating these debates.  It was the same thing on Sunday morning with David Gregory, NBC’s Democrat political hack with more of the same.

Here we have the country economically in great peril, and the subject matter of the debate on Saturday night largely was the social issues.  And of course there’s a strategic reason for that.  That’s the Democrats and the media trying to portray all of these Republicans as wacko extremists who want to be in your bedroom every night telling you what you can and cannot do. […]

Yeah, I didn’t see the debate.  I read about it.  My first reaction when I read this was, “What in the hell?”  You know, this is what they tried to sink Robert Bork with at his confirmation hearings, the Griswold case in Connecticut about contraception.  What the hell kind of question is this?  Where did this come from?  Of course I know the answer. What Stephanopoulos was doing was simply trying to interject social issues in this to take the heat away from Obama.  He doesn’t want the candidates talking about the economy and how Obama’s destroyed it and how he’s incompetent and his policies are horrible and rotten and dooming the country to a poor economic performance, so let’s go to the social issues and let’s portray these people as a bunch of Nazis. […]

But I know what’s happening with the media, and I’ve told you once, folks, I am largely responsible for this.  I am largely responsible for the fact that their monopoly no longer exists.  And since their monopoly no longer exists, their ability to have this pretense that they’re objective is long gone.  They can’t make that pretense anymore.  There is no doubt now that there is no objectivity in the media.  There’s no doubt that they are liberals, that they’re Democrats, and they are part of the Democrat Party.  There’s no doubt now that their role is to further the Democrat Party agenda and to elect Democrat candidates, particularly nationally and House and Senate races. There’s no question that that’s their role.

Now, they were able to hide that and cover that when they had their monopoly.  But now there’s all kinds of alternative media out there, and they have had to change their stripes and colors because it’s more competitive now.  They face competition in terms of the agenda.  It’s not competition for audience.  It’s not competition for ratings, although there is that pressure.  The competition they sense is in the arena of ideas and which ideas are going to triumph.  And so as a result of the monopoly no longer existing, they have cast aside all the masks and all the camouflage.  And this is what leads people to ask, “Why do our guys continue to go on debates hosted by these people?  Why?”

There are plenty of other places that our guys could go to set up their own debates with their own moderators that would have as the primary purpose to elicit their ideas, not where they would be treated as suspects and be forced into areas of distraction.  Like this silly question of contraception.  There isn’t a state that bans contraception.  It’s a nonissue and it was asked by George Stephanopoulos who’s not a journalist.  He’s a Bill Clinton political hack.  He was one half of the Clinton war room.  He’s not a journalist.  There’s not even a pretense of it, anywhere.  He’s a Democrat political hack and he gets away with being able to operate in the guise of being a journalist and of course along with that comes the notion he’s objective and fair and just interested in the truth or whatever ambiguous objective they claim to be interested in.  That’s not at all what this is.

Anyway, here’s the bite that the caller was talking about.  This the ABC debate on Saturday night.  Stephanopoulos said, “Governor Romney, do you believe that states have the right to ban concepcion, or is that trumped by a constitutional right to privacy?”  Folks, this is a question that they asked Robert Bork, this is Griswold vs. Connecticut.  This is a question that Senate Democrats tried to ensnare Bork, entrap Bork into claiming that people didn’t have privacy in their bedrooms, that Bork represented a bunch of people that wanted to be spying on people in their bedrooms, making sure that they weren’t fornicating, and if they did fornicate they weren’t having abortions.

That’s exactly why they did it.  And of course being early on in the new phase of this Bork didn’t really realize what was going on and answered the question within the context of the intellectual way it was asked, when all it was was a setup from the get-go.And now out of the blue can any of you tell me when the subject of contraception has come up in this campaign?  Santorum mighta talked about it once, but it’s not a campaign issue.  Contraception itself hasn’t been a political presidential campaign issue in I don’t know how many cycles, if ever, other than within the context of abortion, obviously.  But this was nonsensical.

A funny thing happened on the way to the New Hampshire primary: ABC moderator George Stephanopoulos embarrassed himself on national television with questions plainly intended to embarrass the Republican candidates. Therein lies a lesson.

On Saturday night, Mr. Stephanopoulos stepped outside the role of honest interlocutor when he pursued Mitt Romney with the issue on nobody’s lips or legislative agenda: whether states have the right to ban contraception. Likewise, fellow moderator Diane Sawyer, who asked Republicans what they would say, “sitting in their living rooms,” to a gay couple.

As the audience appreciated—they booed after Mr. Stephanopolous’s sixth follow-up—these questions were designed less to illuminate than to paint Republicans as people who hate gays and are so crazy they might just ban contraception if elected.

[…] For conservatives, this is nothing new. Conservatives are used to a world where the referees often seem to be playing for the other team.

There’s a good lesson here. Whatever else we know about 2012, we know we will have many more Stephanopoulos moments ahead. Though it might be more satisfying to thunder against the injustice, there are other, possibly more effective ways to expose the bias.

On the social issues especially, the media narrative is that Republicans are obsessed. The truth is that at a time when millions of Americans can’t find work, when our Middle East policy is in turmoil, when the future of Mr. Obama’s signature legislative achievement—health care—is in question, every Republican in the running is itching for the opportunity to talk about how he would address these things.

In sharp contrast, it was Mr. Stephanopoulos and Ms. Sawyer who showed themselves consumed with nonexistent initiatives on contraception and what you might say to gay friends who are sitting in your living room. Saturday night on ABC, we saw this bias in its full, condescending form.

We also saw something less well appreciated: that a Republican candidate can turn it to his advantage.