We told you earlier about the Cooper Administration’s decision to shut down a Tyrrell County prison that put the county at risk of a state takeover. 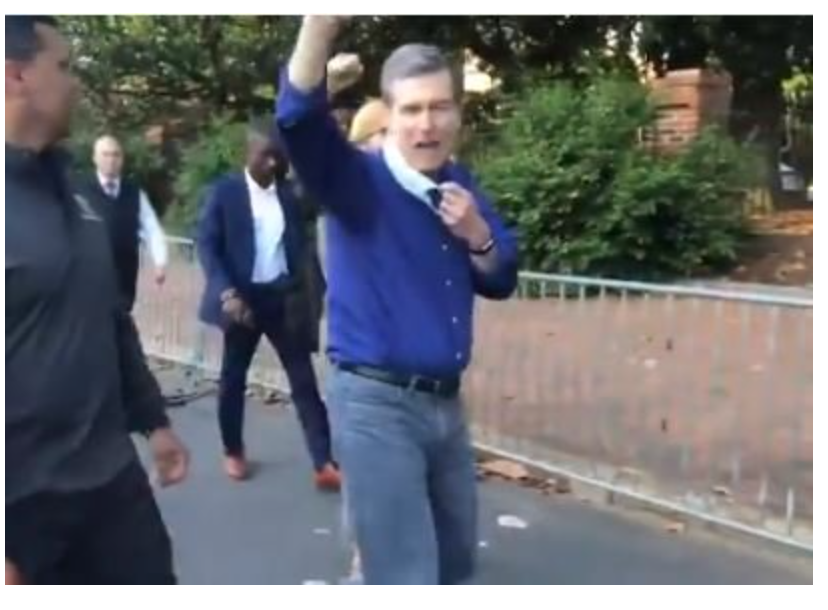 State treasurer Dale Folwell had more than a few things to say about that.   And it appears Team Cooper followed the treasurer’s advice:

State Treasurer Dale R. Folwell, CPA, expressed appreciation today that the Cooper administration has answered his call by providing $323,504 to Tyrrell County and the Town of Columbia for estimated water and sewer system payments the state would have made had it not closed the Tyrrell Work Farm Prison Unit. He is urging Gov. Roy Cooper to reopen the prison to restore lost jobs and business-related tax revenue.

The N.C. Department of Public Safety (DPS) shuttered the facility in December 2019 to move corrections officers and other employees to prisons with high staff vacancy rates. The loss of several hundred jobs was economically devastating to the sparsely populated town and county. In addition, it put bond payments at risk because the prison accounted for about 30% of water and sewer fees collected. The local governments borrowed money to install infrastructure and equipment specifically to serve the prison, with the understanding it would be a long-term customer.

State Budget Director Charlie Perusse informed Tyrrell County Manager David Clegg by email Monday evening that the Office of State Budget and Management (OSBM) identified and authorized the transfer of DPS carryforward funds that would be used as grants-in-aid to the local governments. Of the total, $209,901 will go to Tyrrell County and $113,603 to Columbia. The assistance is expected to cover the annual debt service payments associated with the water system expansion serving the prison. Perusse directed DPS Secretary Erik Hooks to process the grants as soon as possible.

Treasurer Folwell thanked OSBM and DPS for assigning the money to Tyrrell County and Columbia, both of which are economically disadvantaged.

“As former Gov. Jim Martin always says, ‘Doing right is rarely wrong,’ ” Treasurer Folwell said. “This grant covers only one year of 32 years of bond payments remaining. Shutting the prison shot a 30-foot hole in the finances of the water and sewer system.”

Treasurer Folwell, who said the first duty of government is to do no harm, focused attention on the Tyrrell County prison situation due to heightened concern that the local governments were at risk of default on their loans through no fault of their own. That could have led the Local Government Commission (LGC) to take over the management of the county and town. The LGC was created in 1931 to address issues in local government finance that arose during the Great Depression. Since its inception, the LGC has provided consistent financial oversight for more than 1,300 units of government.[…]

This is the second time in recent months that the treasurer has called out the governor, and the governor’s team has jumped.  The first time was in response to the shoddy practices at NCDOT.  Folwell called for the firing of the DOT secretary.  Cooper’s flunkies first responded with a lot of mouthiness and sass.    But the secretary eventually went away and the state auditor issued a a report basically confirming Folwell’s allegations.