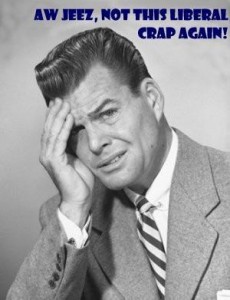 McClatchy Rob is just beside himself.  According to his headline today, college students are going to have to work harder.  (To vote, that is.)  *Apparently, working harder is a bad thing, these days.*

I realize that Rob is about a decade or two older than I am, but I don’t recall — during college — that voting was all that hard.  I was matriculating in our nation’s capital. I foresook the honor of voting for whoever was opposing bong-hitting mayor-for-life Marion Barry to cast my vote in my home county in North Carolina. I — and a lot of other college students — took time to get absentee ballots.  Our military folks, deployed away from home, get absentee ballots.  I see no problem with holding college students — hung over from last nights’ frat party — to the same standard our folks in uniform  are held to.  NONE.

How hard is it to get an absentee ballot?  I did about three minutes of research on Google. Here is the absentee voter info I found for North Carolina, New Jersey and Connecticut.

It’s not about suppressing anyone’s vote.  It’s making sure that you actually vote in the place where you maintain residency.  If your parents in New Jersey claim you as a dependent, you need to vote as a resident of their voting precinct.

When you’re living in the dorms in Chapel Hill, you really and truly do not have a stake in the community.  You don’t pay taxes locally.  You don’t own property locally.  You vote for the city council and General Assembly, then go home to New Jersey and leave us to live with your choices.

The whining about the ID requirement is ridiculous.  WHO honestly has no form of ID proving who they are and where they live, beyond a reasonable doubt?   I have to show an ID to buy my allergy medication at the local pharmacy.  THAT is not even mentioned in The Constitution.

I think it is a great idea to disqualify college IDs.  I got my master’s degree at an institution outside of the county where I reside.  I had to obtain a student ID while taking courses there.  The ID didn’t mention any kind of physical address for me.  Yet, if I was dishonest, I could have used it as a method for voting in the college’s county — even though I didn’t live there.