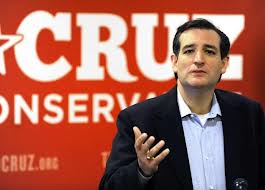 The junior senator from Texas has got The New York Times in a tizzy.  Barbara Boxer is mad at him, as is Lindsey Graham.  Ted Cruz is making ALL the right enemies, as far as I’m concerned.  Cruz JUST got to DC, and he is turning the place on its head.  You know you are really getting on the lefties’ last nerve when they start including your name and that of the late Senator Joseph McCarthy in the same sentence.

For 30 years, our state was blessed with tremendous conservative leadership from Jesse Helms in the US Senate.  GOP establishment types keep talking about how being a devout, outspoken champion of limited government is a career-killer.   Helms certainly proved that wrong.  Since the gentleman from Union County retired from the Senate and took that trip through the pearly gates,  we in North Carolina have had a real dearth of conservative leaders to rally behind.  Oh, sure.  A lot of folks talk a good game at campaign time.  But when they get to DC / Raleigh, they get real comfortable.

South Carolina Jim DeMint looked like the heir apparent to Senator Helms.  DeMint has since moved on to The Heritage Foundation.  It appears that his replacement, Tim Scott, is holding the starboard course set by his predecessor but in a fashion much quieter than Demint’s.