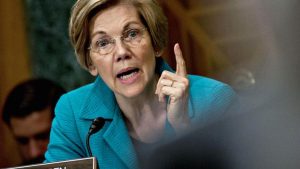 Massachusetts senator Elizabeth Warren is Hillary on steroids. She’s your ex-wife and ex-mother-in-law all rolled into one. She’s Kay Hagan with a few more IQ points.  She pretended to be Indian to get into college and get a job.  And she’s all for “communal” property (“You didn’t build that.”)\

She’s become the new leader of the radical left.  Picking up where the rotting, pickled corpse of Ted Kennedy left off.  McClatchy did a piece about Republicans “praying” that she runs for president.  Thom Tillis took things a step further, in a different direction:

[…] “Elizabeth Warren and I are on the same page when it comes to protecting our men and women in uniform and our veterans,” said North Carolina Sen. Thom Tillis, a Republican, in a video he tweeted out recently in which he relayed a “good discussion” the two had at a Senate Armed Services Committee hearing. 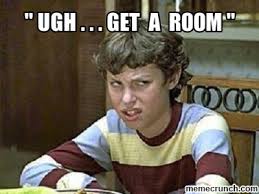 “Now we just had that bipartisan discussion, then I go sit in the chair and she goes on the (Senate) floor and spends 15 minutes just absolutely ravaging Republicans and conservatives,” he said. “So the public eye would say that we don’t get along. But just a few minutes before, we’re talking about good things we’re doing for military families, for men and women in uniform, and for veterans. Bipartisanship does happen here.”[…]