It didn’t work on Tucker Carlson.  But Paul Shumaker must have convinced our weather-vane of a

junior senator to give it one more crack out in public:

[…] Tillis had more to say about other topics, including one particularly memorable quip. When he dies, he said, he wants his epitaph to read: “Thom Tillis. Former speaker, former senator, RINO.”

Nervous laughter went up from the crowd. RINO is a dirty word in GOP circles; it means Republican In Name Only and suggests someone who is too moderate to be a true member of the party.

But Tillis, who has been on the receiving end of such criticism before, said he invented a new meaning for the term. To him it means “Republican In Need of Outcomes.” 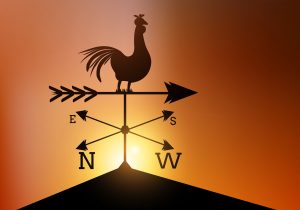 If a debate between Republicans comes down to choosing between an idea that is unrealistic but will sound good to the party base and one that needs a compromise but has an actual chance at creating change, he said it’s “politically courageous” to support the latter.

“What we need to do is be the party of results,” Tillis said.[…]

cases, quality is much more important than quantity.

Oh, I can make a lot of stuff HAPPEN.  But the specifics of my accomplishments — what I did and how it will affect me and other people and the country in general– are what’s most important.

Also, if something is “unrealistic,” WHY would you champion said idea to your voters during your election campaign?

Out in the real world, if you promise somebody something and then just DON’T DO IT, you are a liar and a fraud.

In politics — in DC and in Raleigh — doing that same thing makes you “realistic,”  “moderate,” and “courageous.”