We’ve written extensively about the controversy surrounding the hiring of a Spanish contractor to “manage” lanes on the soon-to-be widened section of I-77 in Northern Mecklenburg County.  State House speaker and Mecklenburg County resident Thom Tillis has been a passionate supporter of the deal.  Gov. Pat McCrory and Speaker Pro Tem Skip Stam have praised the deal and want to see more like it across North Carolina.

In June, NINE of the 16 town commissioners representing the towns affected by the I-77 toll deal sent a letter to the NC General Assembly asking them to halt the signing of a toll management deal between the state and the Spanish contractor.  In early July, a bunch of pro-toll establishment types — mayors and council members from the region — started getting really nervous.

Which brings us up to the events of late August and subsequent days:

Things are beginning to get downrightweird on the road to signing the final-final-we-really-mean-it -this-time contract with Cintra on the I77 HOT Lanes project.  We’re not sure if this is a sign that some are getting antsy about going through with such a bad and unpopular idea, or if this is just a consequence of a long and drawn out fight that establishment pols are not used to having.  Regardless, the pressure seems to be getting to Huntersville Mayor Jill Swain.

Back on August 28th, Huntersville Commissioner Rob Kidwell sent an email to the entire NC Legislature, outlining some of his concerns regarding the HOT Lanes project.  It was polite.  It was chock full of numbers.  It made some very insightful points.  The email closed with the below paragraph.

“I am now going to ask the impossible question and I hope that it does not fall on deaf ears.  Please consider going back in session, and put a stop to this project until we can develop a true plan to address the traffic concerns of a small area that can and will have an impact state wide.  I know that this would be considered quixotic by some, but I urge you to look at all the facts presented.  We continue to hear time and time again that “it’s a done deal.”  If that was true, then why does the NCDOT and Cintra want to have continued meetings in order to sell this concept and project to elected officials and the voting public?“

aShortChronicle and DavidsonNews.net were both copied on this email.  No idea why we were copied, or why other media or bloggers were not.  Getting these types of emails is pretty common.  Frankly, the fact that a single commissioner sent an email to the General Assembly did not seem all that newsworthy, so we did not report on it.  Neither did DavidsonNews.net as far as we know.

Huntersville mayor Jill Swain — Thom Tillis’s mayor, as a matter of fact — threw a minor fit in reaction to her fellow Huntersville council 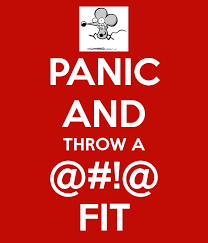 […] This Monday (over two weeks later!!!), she sent a long-long email to those same legislators apologizing repeatedly for Commissioner Kidwell actually reaching out to them.  Apparently, he didn’t follow the “process”.  Mayor Swain seemed particularly concerned that Commissioner Kidwell actually identified himself as a Huntersville Commissioner.  She wanted to make sure it was clear that his request for a special session was not an official request from Huntersville.

As one can see from the above email excerpt Commissioner Kidwell uses the word “I”, not “the Board” or “Huntersville” when he makes his request.  The rest of the email is the same way.   He does sign it with “Commissioner”, but what elected official wouldn’t do that when contacting another elected official.  If nothing else, it helps get your message bubbled to the top of the pile.  It’s very hard to believe anyone – even a busy legislator – would mistake this as an official request from the town and not just a single commissioner.

But Mayor Swain was not finished…

In what has become standard language for members of the HOT Lanes Bucket Brigade, Mayor Swain then goes on to use the word “misinformation” in an offhand manner.  (She’s learned well from her mentor, Davidson Mayor John Woods, on how to call people liars without actually using the word.)  She claims that Commissioner Kidwell’s lone email has somehow gotten all of Raleigh up in a swirl.  Commissioner Kidwell’s one email has taken up all of the NCDOT’s time and that’s the reason why the public has been getting only a trickle of information from NCDOT regarding the project.  They’ve been too busy responding to legislators’ questions from this one email to get out more information to the public and prepare for public hearings in a few weeks.  For that, Mayor Swain apologizes for Commissioner Kidwell wasting the Legislators’ and NCDOT’s time.

According to a follow-up email from Commissioner Kidwell on September 8th,only 4 legislators responded to his original email.  F.O.U.R.

So, you either have to believe dozens of legislators flooded the NCDOT with questions and did not also respond to Commissioner Kidwell, or you have to believe Mayor Swain is just making a lame and desperate attempt to deflect NCDOT’s horrible handling of information for this whole project onto one of it’s opponents.

Which do you think is more likely?