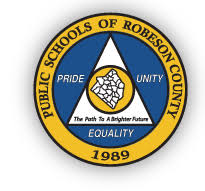 That’s YOUR Robeson County school board:

Before hearing the first of 30 appeals from employees whose contracts were slated to be terminated, the Board of Education of the Public Schools of Robeson County voted 6-5 in a special meeting Wednesday night at the central office to renew all the contracts.

Not renewing the contracts was a piece of Superintendent Shanita Wooten’s plan to dig the public schools out from under the $2 million deficit it has rung up this school year.The board will meet in two special sessions Friday at 6 p.m. and Saturday at 8:30 a.m. at the central office on Kahn Drive to discuss the budget.[…]

That’s right.  These people are TWO  MILLION DOLLARS in the hole.  And they’re not interested in cutting  ANY spending of ANY significance.  (Maybe they’re waiting on the money fairy to come pay a visit.)

[…] The board had planned to meet in closed session to hear the appeals from the 30 employees. Instead, and with the employees in the audience, board member Linda Emanuel made the motion to renew all the contracts and Loistine DeFreece seconded it.

One school board member was absent, and the vote was put on hold for a 25-minute executive session.

“I thought we were here to work toward eliminating a $2 million deficit,” Campbell said. “I don’t know how we’re going to convince people we are serious about cost-cutting.[…]

Note to the state board of elections:  Y’all seem to be having all kinds of trouble finding John Campbell and getting him to turn in his final campaign report from his 2018 run for North Carolina Senate.  The local paper in  Robeson County found him.  (He’s vice-chairman of the school board.  He’s at every one of the meetings.)

[…] “We caved to public pressure. We’re in a hole, and we need to stop digging.”

Freeman was disappointed that the superintendent did not get to speak on behalf of her cost-cutting plan.

“This is why Robeson County will never get ahead,” he said. “Where are we going to find $2 million without cutting?”

None of the opposition group was optimistic about the weekend meetings after the first leg of the financial plan to balance the budget was cut off.

Mike Smith said cutting the employees who had been put on notice would not save the school money because they are in mandated state positions. Smith has advocated for closing small schools that are costly to operate.

“The state says you’ve got to have a principal at each school,” Smith said. “Our problem is with other areas, such as substitute teachers.” […]

Um, nice try. There’s no $2 million cost overrun in substitute teachers.  It’s likely in  all the “doctors” in administrative roles.  Many of these school systems have more “doctors” on staff than the local hospital.

[..] Emanuel said the board needed to sit down together to discuss staff, programs and school closings, and the weekend meetings present an opportunity to do so.

The board members have known about the deficit since this year and that the deficit was being funded by insurance payments received after hurricanes Matthew and Florence. The deficit has been attributed to the loss of spending flexibility, slumping enrollment and too many small schools that are overstaffed. […]

I am SURE this is not the only county with this problem.  They’ve been outed.  That’s the difference.  Stuff like this is ammo for requiring forensic audits of EVERY public school system in the state.  Why wait until you’re staring at a multi-million dollar deficit?

School boards, city councils, and county boards of commissioners have MORE of a direct impact on your daily life than Congress and President Trump do.  Yet, the drive-by media and most of the public are fixated on and fascinated with the president and Congress.

Pay close attention to what your school board is doing.  It’s important to you — even if you don’t have school-aged kids.  If your county board of education is screwing up as bad as Robeson County’s is, you’ll feel the impact in your wallet.

2 thoughts on “They’re broke, and they aren’t cutting a dime’s worth of spending.”