Wow. It seems like just yesterday that lefties and their driveby comrades had their collective granny panties in a wad about analogies comparing Barack Hussein Obama and his policies to Hitler and HIS policies.

Fast forward to this weekend and all of the open borders loonies marching in Raleigh and elsewhere.  Signs with Donald Trump’s likeness — and a Hitler mustache, of course — were all over the place.  And not one word of concern from the alleged fair-minded guardians of the First Amendment.  (Never mind that socialism — something near and dear to leftist hearts everywhere — is at the heart of Nazism.  Heck, in fact, the word itself is in the name of Hitler’s old party.)

Quite a few lap dogs and stenographers have come and gone through the rapidly-emptying N&O newsroom.  We had our old buddy John “The shih-tsu” Frank.  Colon “Toilet Boy” Campbell has moved on from fawning over and inspecting urinals across the state to another online-only McClatchy vehicle that costs an arm-and-a-leg to subscribe to (and nobody reads). 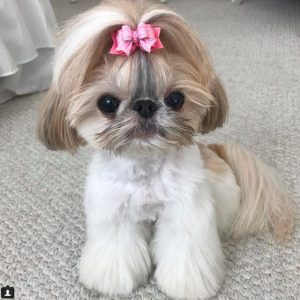 Anne Blythe appears to be attempting to fill the shoes of those now-departed giants of transcription.  She covered the open-borders rally in Raleigh, said nothing about all the Trump Hitler imagery, and gleefully peddled the leftist spin that Donald Trump takes great pleasure in ripping apart Rio Grande-swimming families. (Never mind that the whole separation policy dates back to the 90s when liberals howled about kids being imprisoned with their illegal alien parents.)

Blythe also took some dictation from Josh Stein, the Chapel Hill-bred great-grandson of Leon Trotsky in the state AG’s office who claims Republicans cut his budget too deeply to do his job but manages to find a lot of time to go to court and sue in defense of the George Soros agenda:

North Carolina Attorney General Josh Stein joined a lawsuit on Tuesday challenging the Trump administration’s policy that has forced the separation of more than 2,000 children from their parents along the southwestern border. 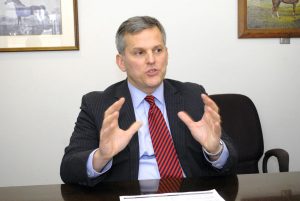 Stein also sent a letter to the Homeland Security secretary asking for a list of any parents or children being housed in North Carolina because of this policy and the facilities where they are placed if that is the case.

“Like millions of North Carolinians, I watched in horror as the Trump Administration stripped thousands of children away from their parents,” Stein said in a statement announcing the legal action.[…]

*Wow.  THAT is some hard-nosed reporting.  I am betting this lap dog got a head-pat and a cookie for being such a good girl.*

[…] The attorneys general noted President Donald Trump’s executive order last week to halt the family separations, but added that his order does not address the reunification of families nor does it address when any of the changes will be made.

“The executive order the president signed was slapdash just like the policy,” Stein said in a telephone interview.

Furthermore, Trump has acknowledged that to implement his policy that shifts the separation of children from families seeking asylum would require the modification of a longstanding agreement in a court case. Under that decree, children are not to be detained for more than 20 days.

The attention on the southern border arises over a policy shift this spring by the Trump administration.

It’s pretty shameful that the person elected to guide our law enforcement efforts is so gung-ho about weakening our national security.

The last time I checked — the only lawless, drug cartel-controlled, disease-ridden, war-torn, poverty-wracked, crime-infested hellhole in the hemisphere was to our south.  Canada seems to have things pretty well in control.

2 thoughts on “There’s a new driveby lap-dog in town!”