Some of us are old enough to remember the damage done in the 70s to our intelligence community by the Congress’s Church and Pike committees.  The Democrats — acting on their anger and frustration with Richard Nixon — tore the CIA a new one.  They shone a bright spotlight on all kinds of covert work never meant to see the light of day.  Valuable covert intelligence sources were publicly exposed. Our assets on the ground in foreign countries were rounded up and cut to shreds.  The partisan anti-Republican bloodlust set our ability to protect our interests overseas back decades.  The work of these committees are widely credited with hindering our ability to foresee the rise of the ayatollahs in Iran and the subsequent takeover of the US embassy, as well as numerous other nefarious developments in the Middle East, Asia, and Latin America.  There is only SO MUCH you can learn from satellites.

Now, Democrat staffers in the US Senate are trying to one-up the accomplishments of their lefty forefathers in the 70s.  They’ve released a report detailing all kinds of alleged mean things our covert folks did to the ”allah akbar” crowd in the wake of 9-11. 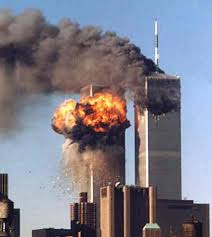 Surgeons do very important work.  I think it would make me quite uncomfortable to see FIRST HAND what they do in the operating room every day. Police work isn’t always as pretty as it appears in movies and on TV shows.  War is — by definition — the collapse of a civilized environment.  Chaos, if you will.  It’s awfully hard to play by the rules and keep things pretty in the midst of chaos and the collapse of a civilized society.

Apparently, there are folks in DC who believe that we should treat the allah akbar crowd — the same folks who hijack planes full of people and fly them into buildings full of people, decapitate live innocent people, and send mentally retarded children on suicide bombing missions — just like the local police department treats larceny or assault suspects. *Mirandize them. Get them some coffee.  Let them call their lawyers.*

That sounds nice, but it’s an unrealistic approach when dealing with people who are still operating in a 5th century kill-or-be-killed mindset.  We’re talking about a group of people seeking world domination and who are willing to kill you and your entire family to accomplish that goal.  (Sounds an awful lot like a group of folks in Europe during the  1930s and 40s. )

“You can’t negotiate with these people.  You can’t talk sense to them.  They don’t understand, and don’t respect, the rules of civilized society.  The only thing they understand is raw power and brute force.,  Do you ever notice how the jihadis don’s really screw with the Russians? Well. the jihad crowd took some 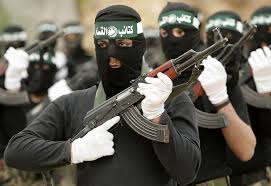 The drive-by media has gleefully adopted the left’s language in describing the Senate Democrat report as “the torture report.” Even the GOP’s 2008 presidential nominee is jumping on the “bash the CIA” bandwagon — echoing the leftist talking points. A group of former CIA directors — from both Democrat and Republican administrations — have gone public in their criticism of the report.  They note that they were not talked to by the staff that wrote the report.  They also note that the interrogation techniques were valuable in preventing all kinds of planned mayhem.

You have to ask: “What’s the point of doing this, right now?”  Well, it gets amnesty and ObamaCare off of the public and the media’s radar. It gives lefty politicians some ammo for efforts to strip funding from the intelligence community and transfer said funds over to the welfare state.  It also allows the left to score some political points against those Republicans and the — in their eyes, so-called — national security crowd.  But at what cost to America and her citizens?