US Senator Thom Tillis is once again headed into battle with campaign consultant Paul Shumaker.   Shumaker is a notorious RINO who has worked closely with party leaders to stamp out grassroots conservative types.  His modus operandi lately has been to paint his clients as Donald Trump’s best buddy.  He did it most recently with Robert Pittenger in the 9th congressional district and Scott Dacey in the 3rd.  (They both lost.)

Now, he’s trying it with Tillis.  In 2014,  Tillis never cracked 50 percent. He looked prime for an upset in the 2020 primary or general. Party goons did a pretty good job of scaring away challengers from the right.

Tillis’s record doesn’t help to further the illusion of Trump-Love.  Early last year,  Tillis was leading the fight to block President Trump’s declaration of a state of emergency at the southern border so that money could be freed up to build the wall. 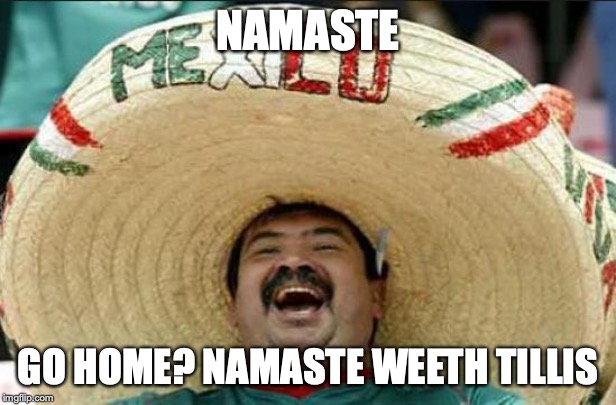 Then,  Shumaker got Tillis parroting Trump’s talking points.  The Democrats started painting Tillis as a clone of Trump in their ads.  The fix was in.

A primary challenge from the right was scared off.  Three minor challengers were all that remained.  So now, Tillis has gone back to his old slimy self:

Senator Thom Tillis and other liberal Republicans are hell-bent on turning our rural communities into pipelines for cartel drug trafficking and criminal aliens. Rather than holding vote after vote on ridding our communities of sanctuary cities and dangerous criminal alien gangs and drug traffickers, liberal Republicans like Thom Tillis are working on, amazingly, more amnesty for illegal aliens. The North Carolina senator evidently doesn’t think that the Tar Heel State is turning blue like Virginia as quickly as he would like. He also believes that now that he lied about being tough on illegal immigration in order get Trump’s endorsement and scare away a primary challenger, he can go back to screwing his voters.

Two GOP staffers have informed me that Sen. Tillis, along with Sens. James Lankford (R-Okla.) and Lindsey Graham (R-S.C.), began working this Wednesday on an effort to get Trump’s support for a mass amnesty bill that passed the House last year. Rosemary Jenks, government relations director of Numbers USA, which is opposing the bill, confirmed to me that those are the three leaders of the potential bill in the Senate. Conservative HQ, a publication run by legendary conservative Richard Viguerie, reports that Tillis is expected to be the lead Senate sponsor and that Vice President Pence’s PAC is rumored to be supporting this bill. I’ve heard the same from my sources in the Senate as well.

Tillis has already publicly praised the bill, and according to my sources, has met with Agriculture Secretary Sonny Perdue, along with several other GOP senators, to plan support for the bill. Notably, nobody from the DHS was present at the meeting to offer the border security perspective on the bill.

On December 11, House Democrats passed the Orwellian-named Farm Workforce Modernization Act (H.R. 5038). In plain English, it grants amnesty to every illegal alien in this country who claims to have worked at least part-time for agriculture and creates an unlimited agriculture guest worker program for the future to bring in millions of low-skilled workers. The cultural and fiscal costs are never factored in. It permanently tethers green cards for people coming in on these H-2 visas to the condition of working in agriculture for 10 years, creating an indentured servant model that, as Mark Krikorian observes, will prevent farms from ever modernizing and mechanizing their process because of the boundless flow of cheap labor.

What is so offensive about this bill is that the very reason these people are in the country to begin with is because we were lied to, including by some of the very same members of Congress who were there in 1986. Back then, they gave amnesty to 2.7 million illegal aliens, including 1.1 million who worked in agriculture, on the promise that future illegal immigration would be choked off by prohibiting illegal alien work in America. They pocketed the amnesty and then turned around and downright blocked enforcement of any of the laws and today are openly criminalizing enforcement in sanctuary states while encouraging illegal alien employment.

One would think that even Democrats, and certainly Republicans, wouldn’t have the chutzpah to show their faces before implementing our side of the deal from the last broken promise. Yet as if we are Charlie Brown with the football, they come with the same amnesty bill designed to reap the rewards of their insidious disobedience against the terms of the first amnesty.

In December, 34 Republicans supported that bill in the House, along with all but three Democrats. Undoubtedly, many more agree with the idea but were inclined to vote no as a minority party.

Curiously, the White House has been silent. Typically, such a transformative and consequential bill that passes the House would be met by what’s known as a Statement of Administrative Policy (SAP), expressing the president’s support or threat to veto. One would think Trump would veto an amnesty in a heartbeat, right? This bill was sponsored by Rep. Zoe Lofgren (D-Calif.), one of the House impeachment managers!

Well, if conservatives remain silent, that might not be the case. We already know that the president has permanently retreated from cutting the numbers of legal immigrants and from mandatory E-Verify, which was taken out of this year’s budget proposal. As with many issues, there are clearly competing voices within the administration, and if conservatives don’t get to the president first, the swamp will.

Remember when Thom Tillis suddenly got religion and introduced a bill to allow victims of criminal aliens to sue sanctuary cities? Although that bill was flawed, the idea behind it was good. The reason he introduced it was because he had a primary challenger with money. The minute Tillis secured Trump’s endorsement as being “tough on the border,” he had no need to push that bill any more, which is why you don’t see it coming up for a vote. Instead, it’s back to amnesty. The same dynamic played out with Lindsey Graham, who avoided a serious primary challenge by getting tough on illegal immigration for a few months.

How many more times will we be fooled?

Jobs in agriculture are the very magnet that was supposed to be shut off in exchange for the last amnesty. Why won’t Tillis ever consider the cultural, drug trafficking, and other criminal problems alongside the quest for cheaper labor? Why such a narrow focus?

The lesson for conservatives is we need to get to Trump before the swamp does. Otherwise, what is waiting for us on the other side of a victorious November election won’t be very victorious for the people who most ardently support the president.

3 thoughts on “The Tillis fraud”