Jesse Helms has been dead and buried for TEN YEARS now.  But that hasn’t stopped North Carolina’s most notorious sloppy, snake-oil peddling, jheri-curled jackass from stomping on his grave in a nasty NY Times op-ed that looks seriously cribbed from a column posted earlier on the Southern Poverty Law Center’s web site:

Among President Trump’s worrisome nominees to the judiciary, perhaps none is as alarming as Thomas Alvin Farr, a protégé of Jesse Helms, the former North Carolina senator, and a product of the modern white supremacist machine that Mr. Helms pioneered.

Mr. Farr, nominated to serve on the United States District Court for the Eastern District of North Carolina, began his career as counsel for Mr. Helms’s Senate campaigns, where he participated in racist tactics to intimidate African-American voters. This alone is reason to reject his nomination, as is his apparent lying on the topic to the Senate Judiciary Committee. But Mr. Farr’s connections to Mr. Helms’s white supremacist causes and political network go much deeper.[…] 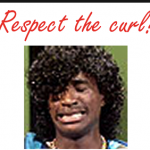 AGAIN — this looks mighty similar to a piece the SPLC published on their site.  I know The NYT has had trouble with plagiarism before.

[…] Having lived in North Carolina since childhood, I know Mr. Helms’s racist legacy and I hold no doubts that Mr. Farr perpetuates it. An unabashed segregationist, Mr. Helms was affiliated with the Council of Conservative Citizens, an outgrowth of the White Citizens’ Councils that promoted white supremacy. Mr. Helms, who served in the Senate for 30 years, used his honorable seat to support the apartheid regime in South Africa while opposing desegregation, civil rights legislation and the creation of the Martin Luther King’s Birthday holiday in this country. Mr. Helms also belittled Carol Moseley Braun, the only black senator at the time, by singing “Dixie” to her in the Senate elevator.[…]

Actually, Helms opposed the communists thugs in Nelson Mandela’s ANC. While he opposed them, he supported the anti-communist resistance fighters of Jonas Savimbi in nearby Angola.  (Details, details.)

[…] Together, Mr. Helms, Mr. Ellis, and their protégé Mr. Farr unleashed a huge propaganda machine that incited hostility toward African-Americans. Mr. Farr served as a lead counsel to Mr. Helms’s 1990 Senate campaign, which ran the now-infamous “White Hands” TV television ad, designed to inflame white voter anxiety over Mr. Helms’s black opponent, Harvey Gantt. It showed a pair of white hands balling up a rejection letter while a voice said: “You needed that job and you were the best qualified. But they had to give it to a minority because of a racial quota.” The same campaign also sent more than 100,000 intimidating postcards to North Carolinians, most of whom were blacks eligible to vote, wrongly suggesting they were ineligible and warning that they could be prosecuted for fraud if they tried to cast ballots.

Mr. Farr represented the Helms campaign in 1984, when it circulated photos of his opponent, Gov. Jim Hunt, with African-American leaders in an attempt to foster white resentment. The racist nature of that campaign was so pronounced that a federal court cited it as an example of how bigotry in elections continued to flourish in North Carolina politics. […]

Once again, this part is heavily lifted from the SPLC article.

During that 1990 campaign, civil rights legend James Meredith was employed as a staffer for Helms in his Washington office.  Mr. Meredith did a hell of a lot more for civil rights than this jheri-curled Soros-subsidized jackass Barber has ever done.

Oh, and in 1984, a young black man named Claude Allen was Helms’s top spokesman for his DC and campaign efforts.  (Perhaps Mr. Meredith and Mr. Allen knew something Barber does not.)

Helms’s longtime chief of staff, Clint Fuller, had been a newspaperman in Franklin County who got on the KKK’s bad side during the civil rights movement.  He published exposés — with photos — of all of the region’s KKK leaders.  That made the FBI’s work soooooo much easier.

Oh, and Helms was a passionate defender of Clarence Thomas during his confirmation fight for the Supreme Court.

Carol Moseley Braun was a fool who deserved to be mocked.  She went out on the Senate floor and got the trademark for the Daughters of the Confederacy killed.  During that effort, she made all kinds of false, outrageous statements about the DofC and southerners in general.

The Round Rev goes on and on about “white supremacy.”  But then he hits us with this:

I thought this was about the idea of civil rights, and not skin color.  Barber seems to be placing a lot of importance on the skin color of judicial nominees — something he blasts “white supremacists” about.

Whatever happened to that “dream” about little black children and little white children being judged by the content of their character, and not the color of their skin?

There’s apparently too much money to be made in keeping blacks angry and turning out for Democrats.

One thought on “The Round Rev takes his B.S. national”