I really thought we had turned the corner.

It wasn’t long ago that Pinehurst village government  consisted of a somnambulant group of 80-somethings who allowed bureaucrats to run willy-nilly on the rest of us.  One grumpy old lady could show up and complain about something — children outside after dark, let’s say — and by golly the octagenarians on the board would pass a ban on kids outside after dark.  (This actually happened, people.)

We had village government committees that demanded you appear before them and get approval before erecting either a fence or a swing-set in your yard.  And your neighbors actually got to put in their two cents (or even veto the project).   Pinehurst actually made Cary look reasonable.

Fortunately, the old regime aged out and some young(er) blood got elected.  Some of the dead weight in the village bureaucracy got shooed away.  We were slowly but surely returning to the Land of Reasonable.

In 2015, the last of the micro-management mafia,  a guy named John Strickland, gave up his council seat to run for mayor.  He ran  a bitter, burn-all-the-bridges race and came up short.  Strickland was out of power, but he and his allies continued throwing rocks from the outside.

In 2017, the Strickland group ran two folks for council.  One of them, Judy Davis, made it.  (Davis was recently overheard saying that she didn’t “know anyone who played basketball,”

in explanation of her vote against approval of construction of a recreation center.  Families with kids are the fastest growing demographic in the village.  Pinehurst Elementary School — the only place with a no-charge-to-use basketball gym in town — is slated for demolition soon so a new school can be built.  Stop by Pinehurst Elementary School at any time and you are likely to see kids, young adults, and middle-agers too, partaking in the sport of basketball.)

Davis and her team centered their campaign around attacking the council’s decision to approve the construction of high-end condos (to be marketed primarily to hospital employees and retirees seeking to downsize).

The condos got built.  They’re occupied.  And  the sky has not fallen.  The world has not 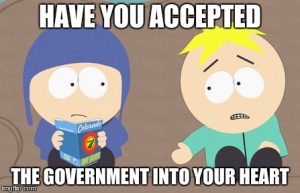 ended.  (They’ve actually become an attractive addition to an area that had long been a scar on the face of our picturesque village.)

Fast forward to this year.  Councilman John Cashion, a ringleader  in the council’s reasonable majority, announced his immediate retirement due to health concerns.  The NIMBY micro-managers smelled blood in the water.

Pinehurst Medical Clinic — a regional leader in primary health care delivery — was seeking to rezone a piece of property on the outskirts of downtown Pinehurst (in an area the village government had set aside and had been marketing for commercial development).

Strickland and his fellow NIMBY-ites saw their chance to strike:

Pinehurst Medical has pulled its application to rezone land at the corner of McCaskill Road and Rattlesnake Trail for a two-story specialty clinic.

village staff, the Planning and Zoning Board and Village Council, however, my client is no longer interested in pursuing rezoning of the property,” Bob Koontz with Koontz Jones Design, wrote in a letter dated Monday to Village Manager Jeff Sanborn.

The letter gave no reason for the decision. A message left with Pinehurst Medical Group CEO Brandon Enfinger just after noon Tuesday was not immediately returned.

Despite a recommendation from the village’s advisory Planning and Zoning Board, the proposal ran into opposition at the council’s public hearing Nov. 13.

Rezoning opponents argued that the site was not an appropriate location for a large medical office building, which would sit opposite of the Greens at Arboretum apartments. The council’s approval of the rezoning and site plan two years that allowed the 72-unit apartment complex stirred animosity among a number of residents, especially those who live around the affected area.

Pinehurst Medical had proposed building a 32,400-square-foot, two-story facility called the Greens at Pinehurst at the corner of McCaskill Road and Rattlesnake Trail. It would have housed its dermatology, endocrinology and rheumatology practices.

But before the project could proceed, the village had to rezone the land since medical offices are not among the uses allowed under the current Village Mixed-Use zoning district. Pinehurst Medical was asking the village to change the zoning to Neighborhood Commercial-Conditional District, which allows medical offices.

After nearly three hours of public comment and discussion, the council voted to delay action until its Dec. 11 meeting to have more time to consider all of the issues and concerns.

The 2.84-acre site is the second phase of a site plan the Village Council approved when it rezoned the entire tract in 2016. The second phase called for up to a 35,000-square-foot building that would have a mix of retail and office.

All but one of the 11 residents who spoke during the public hearing last Tuesday opposed the rezoning. They expressed concerns about increased traffic and that this office would be more of a regional facility that is not intended to serve the surrounding area. They argued that it should be located closer to the hospital campus and urged the village to work with Pinehurst Medical to find a more suitable location.[…]

[…] Pinehurst resident Pat Corso, who is executive director of Partners in Progress, was the only speaker in favor of the request.

Koontz pointed out during the hearing that if the zoning is not changed and the site is developed as approved two years ago, there could be a larger building with uses that would generate even more traffic than a medical office.

He added that at the time the council voted to rezone the entire 6.4-acre site in June 2016, it thought that medical offices were allowed. The definition of “professional offices” include health care providers, but because of a possible oversight in the development ordinance, it is not included among the table of uses.

So developers opted to ask that the site be rezoned to Neighborhood Commercial, and limit the use to medical offices. […]

Council members appeared divided, with John Bouldry and Judy Davis expressing reservations about changing the zoning and questioning whether that was the best use for the property.

Bouldry said he felt the proposed medical building “is out of character for the area.”[…]

Of course it is.  Other than the new condos, the area is mostly weeds and dilapidated, abandoned buildings. MORE:

[…] “I am all for medical facilities coming into Pinehurst, but not in this location,” he said. Davis said rezoning the property two years after the earlier rezoning would put the council on a “slippery slope” and cause residents to lose confidence in the board’s land-use decisions. She said the property owner should adhere to what the current zoning allows.

Council member Kevin Drum said he was “truly conflicted” about what to do, understanding that a large two-story building could go there now under the present zoning and the site plan approved in 2016. He said this “could be the best opportunity for this site.” 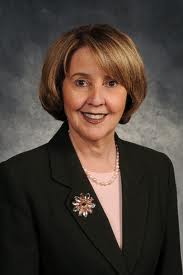 Fiorillo said she thought what Pinehurst Medical proposed was “an attractive building” and that she did not see “anything wrong with it.”

She said the zoning already allows up to a 35,000-square-foot building with offices and retail.

Fiorillo said Tuesday afternoon that she was disappointed that the proposal was withdrawn.

“I think this is a lost opportunity for Pinehurst,” she said. “I would hope other companies would still consider this particular location in the future. This is a prime location for commercial use.”[…]

Don’t hold your breath, madame Mayor.  The Strickland micro-management mafia is about to send us back to the days where business avoided expansion inside Pinehurst village limits like the plague. SOMEBODY has got to have the guts to stand up to these bullies. SOMEBODY.

[…] The site borders an area referred to as Village Place, a somewhat unsightly area on the outskirts of the quaint downtown that council has long hoped to see transformed as a destination.

Former council member John Strickland, who opposes the rezoning, said during the public hearing last week that if someone wants to construct a building with retail and offices there, as currently allowed by the zoning, “bring it on.” He added that no one is saying the council should stop growth.

“If proposals match the zoning, they will be approved,” he said.

What does he think the Pinehurst medical clinic contains — horse stables ???  This guy and his small loud coterie will continue to attack and harass anything and anyone attempting to expand or build in Pinehurst.

7 thoughts on “The return of Pinehurst’s hollering NIMBYs”