Jesse Helms was arguably the man who made being conservative AND Republican cool in North Carolina.  His televised editorials opened a ton of eyes and stimulated a lot of deep thinking among the North Carolina electorate.  He helped set the tone that led to the 1972 Nixon reelection rout, the capture of the governor’s mansion  that year, and the 1980 victory of Ronald Reagan over Jimmy Carter.  An awful lot of conservative leaders today  (including this blogger) credit the man with inspiring them.  An awful lot of lefties in and out of academia try awful hard to rewrite history and brand the man as a bigot and troglodyte.

Fortunately, there is a lot of evidence out there discrediting that revisionist scam.  One example?  Take a look at Harmeet Dhillon, a conservative lawyer in  far-left California fighting for free speech rights: 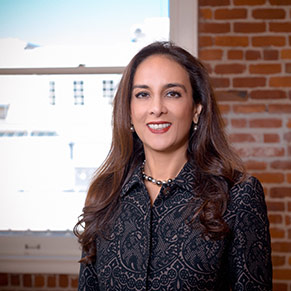 […] Her ideals were born out of her tiny hometown in rural North Carolina, at her dinner table where her devout parents taught her about tort reform, taxation and what it meant to be an immigrant in Jimmy Carter’s America. Coming from India’s socialized democracy in the 1970s, when Prime Minister Indira Gandhi was on the cusp of temporarily suspending the nation’s constitution, the idea of intense government intervention and regulation didn’t resonate with the tax-averse, gun-holding Dhillon family. They fled India for the United Kingdom, then to America’s promise of free-market capitalism, only to be miffed by the Carter administration’s tax rates on capital gains. Discussions often centered on the U.S. gas shortage, flaws in socialism, foreign policy and family values.

Senator Jesse Helms, a leading North Carolina conservative at the time, was central to the family’s political identity. As he spoke out against the Indian government’s persecution of Sikhs, he won favor with the Punjabi diaspora in his own backyard. In the 1980s the Dhillon household became a political hub for Helms, who found wealthy donors among the state’s hundreds of Sikh families.[…] 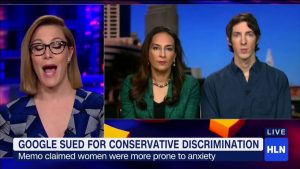 Folks with darker skin and religious values outside the Protestant / Catholic orbit impressed with THE Jesse Helms.   *How ’bout them apples? *

She’s been representing James Damore, the engineer fired from Google for questioning the far-left totalitarian environment there.  She’s gone after the University of California for barring conservatives like Ann Coulter from speaking on campus.  Ms. Dhillon has been all over the drive by media as an outspoken defender of President Trump — deep in the heart of far-left Jerry Brown / Hillary Clinton / Bernie Sanders country.

3 thoughts on “The REAL Helms legacy”