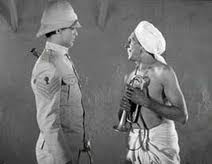 Reading the News & Observer these days, you can almost sense the panic among the stenographers in the newsroom.  Just yesterday, the paper ran an item about Pat McCrory’s tax plan with a headline containing the word “nebulous.”    No, the item was NOT in the op-ed section.  It was a “News” item.

Today, John Frank appears to have placed his name in the byline above a copied-and-pasted press release from the Walter Dalton campaign:

Pat McCrory is quick to pounce on Walter Dalton’s sales tax talk. But his tax plan lacks many details.

The Republican’s plan is to reduce the personal and corporate income tax rates with a goal of eliminating them, he said in an interview Thursday, as part of a broader plan to “modernize the tax code.”

How much of a reduction at first? How would he pay for it? What other taxes may he increase? He gives no direct answers. “I’m not going to negotiate the specific bill at this point in time,” McCrory said.

Who says you HAVE to raise OTHER taxes in response to a tax cut?  How about spending cuts, John?  I am willing to bet there is a nice stable of GOP legislators who would be more than happy to provide Governor McCrory with a raft of items in the state budget that REALLY have no business being in there. Read On:

The void in specifics means McCrory voters are essentially electing him without knowing what he would do once in office — without knowing how he would pay for his plan. He refused repeated attempts to enumerate specific cuts to state government and taxes to offset the cuts he proposed.

John, if you had grilled Bev like this in 2008, maybe we would have discovered her plan, early on, to toss North Carolina’s economy into the toilet.  Just a thought.  Read On:

McCrory is promising it would be revenue neutral and suggests the current $20.2 billion state budget is more than enough for the coming year. “But I believe there are a number of options available in growing the revenue and revising our tax system, which would bring in more revenue,” he said without elaborating.

McCrory plans to form a bipartisan group to work on the tax changes — the Republican-controlled legislature is also wanting a major rewrite and every special interest with a tax break is lining up lobbyists to help preserve their loophole. (A number of veteran legislative watchers are predicting no major reforms but maybe a trimming around the edges. Just like all the other previous bipartisan studies.)

Still, the lack of specifics is giving his Democratic rival plenty of opening. Dalton, the lieutenant governor, points to McCrory’s comments admiring the tax systems in Tennessee and Florida, which have lower income tax rates but much higher sales tax and property taxes.

Dalton insists that McCrory’s plan would shift the burden to consumption taxes, such as a tax on food or services.

“He has talked about the redistribution of the tax burden we now have,” Dalton said of McCrory, suggesting the elderly and middle class would be unfairly hurt by his rival. “His plan would absolutely kill small businesses.”

McCrory disputes such a charge but can’t give details.

Head on over to Dalton campaign HQ this morning, Mr. Frank.  I am sure there is a biscuit and a pat on the head waiting for you there.

2 thoughts on “The N&O: Playing ‘Gunga Din’ for Walter Dalton”