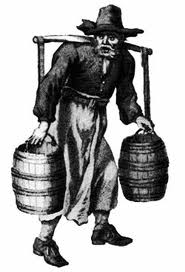 The boys and girls in The Ol’ Reliable’s newsroom have had a busy week — running damage control for Walter Dalton, Elaine Marshall and NOW Barack Hussein Obama (MMM — MMM — MMM).  The political left is flailing. They clearly need help, and their media lapdogs are ready and willing to give them that help.

Today,  John Frank is treating us to a blow-by-blow on the alleged damage Mitt Romney’s former company, Bain Capital, did to North Carolina’s economy.  (Shall I hold my breath waiting for a story detailing the job losses and other economic damage inflicted as a result of policy decisions by BHO, Mike Easley, Bev Perdue, Walter Dalton, Marc Basnight, Joe Hackney and Tony Rand?)

Mr. Frank describes the Bain record in NC as ” a mix of jobs, profits, and layoffs,” (Hmmm.  Profound):

Mitt Romney’s business record, a central tenet to his campaign for the White House, is encapsulated in Bain Capital’s investments in North Carolina.Take Gocom Television, a regional station owner eyeing a bigger share of the market. In 1997, with Romney as chief executive at Bain, the firm put $50 million to $100 million into the Charlotte company. With the expansion, Gocom flourished and the Boston-based private equity firm earned a hefty profit for its investors, selling three years later for a threefold return.

Now consider Charlotte steelmaker GS Industries. Bain acquired the company in 1993 with a $24.5 million investment. Bain reaped $900,000 in initial annual fees and made a 100 percent profit even as GS Industries suffocated from a debt that eventually led to more than 2,000 job cuts and bankruptcy in 2001.

Together, the two Bain investments define the ongoing argument in the presidential campaign about the Republican candidate’s credentials and the role of private equity, a high-stakes, big-dollar and largely unfamiliar world to most voters.

At the Republican National Convention this week, Republicans will tout Romney’s biography, call him a job creator and suggest his Bain years gave him the insight needed to resurrect the nation’s troubled economy.

Democrats argue the opposite. President Barack Obama’s campaign depicts Romney as a “corporate-buyout specialist” who sought to make money regardless of whether the companies slashed costs, eliminated jobs or went bust.

A good businessman’s job is to do what needs to be done in order to make money.  It’s not to keep people on the payroll for as long as they want to be there, regardless of the quality of their performance.  Bureaucrats and, um, non-profit directors are used to spending every cent and, sometimes, going into the red.  Read On:

For North Carolina companies and workers, both stories are familiar. Bain has played a significant role in the state’s business arena and left a mixed record, according to a News & Observer analysis of corporate records and news reports.

For some former Interpath employees in the Raleigh area, Bain’s emergence in the campaign dialogue revives strong feelings and bad memories.

Charley Bratton co-founded the Internet services company in 1993. But with Bain primed to purchase the company, he left. “The (original) focus was to lift businesses across North Carolina … but I don’t think that had any driving force for Bain,” he said.

I teach business courses at the college level. EVERY textbook I’ve ever seen describes a CEO’s role as (1) maximizing value for stockholders, and (2) earning a profit.  So, it sounds like Romney was a pretty good CEO.   People are the biggest expenses out there for American businesses.  Plenty of businesses struggle or fail thanks to (1) too much of a payroll, (2) poorly performing employees, or (3) a combination of 1 and 2.   To turn around a struggling company, you have to cut large expenses — which quite often are PEOPLE.  How much worse will it be for the workers, if you do nothing and let the company go belly up?  Everyone loses their job — with no severance packages, at that point.

Also, this deal was finalized in 2000.  Romney left Bain in 1999.  How fair is it to hold him personally responsible for any downside to THIS particular deal?  Isn’t it kind of like blaming former N&O publisher Frank Daniels for the ongoing antics of columnist Barry Saunders?  Read On:

[…] On the campaign trail, Bain’s investments in companies with North Carolina ties are political fodder for critics:

•  The Obama campaign and a supportive super PAC are using GS Industries to attack Romney in television commercials that highlight workers at the steelmaker’s Kansas City, Mo., plant who lost jobs and benefits when it hit bottom. […]

John, the guy in the Obama commercial got offered a BUYOUT, and REFUSED it.   I can see why you don’t mention it.  It doesn’t fit your narrative. Read On:

[…] At Interpath Communications, Michael Fox served as CEO in June 2000 when Bain paid $50 million for a majority stake in the company, one of the Research Triangle’s first tech successes.

Prior to the acquisition, Interpath had started to struggle. And once in control, Bain moved quickly to cut costs, laying off 50 employees within a month. By August, after a round of layoffs and larger attrition, the company had 220 employees compared to 700 at the start of the year.

“Their job is to invest in companies and grow the companies, acquire additional companies and sell it later for a profit,” said Fox, who left before the end of the year.

Bain shed many Interpath divisions and merged the company with Maryland-based Usinternetworking in 2002. Only about 20 employees stayed in the Triangle and others were offered transfers or severance packages.

The layoffs became apparent the morning that security guards greeted employees at the door. They received sealed envelopes and were sent to separate meetings: one for those leaving and one for those staying.

“They handled it like we were escaped convicts or something,” said Bruce Garland, a former employee. “It was not handled with any kind of dignity at all.”

Many saw it coming. “The only reason for a non-tech company to purchase a tech company,” said David Both, a former employee, “is to strip out the good parts and suck the money out of it and kill off the rest.”

How do you handle firings and layoffs in a pleasant manner?  Talking to people who got fired as a result of deals done by Romney’s old company is a great, guaranteed method for mining negative anti-Romney comments.  Good going, John.   NOW, how about talking to folks who have lost their jobs during the last four years thanks to the disastrous economic policies of Bev Perdue and Barry Obama?  I’m sure your pool of sources is much larger for that story.

2 thoughts on “The N&O: Carrying leftist water at the speed of light”