I swear the News & Observer must have more gay news on its website this morning than The Advocate does.

The editors must have some kind of requirement that reporters somehow tie their copy into GAY STUFF.  (*Review of the Will & Grace DVD set.  What Mrs. Jones’s class at Dingleberry Elementary thinks about HB2. Profile of the new owners at that downtown florist.  An probe into just how many of the canines and felines at the local animal shelter may be gay — or transgender — and what their bathroom privileges look like as compared to those for humans in HB2?  In sports, is NC State’s wolf mascot in a skirt really a male wolf in drag?*)

Well, the short session kicks off on Jones Street today.  The governor has proposed a budget.  The honorables are slated to make changes to unemployment insurance.  A potential teacher pay raise is on the table. So are decisions about a possible BUDGET 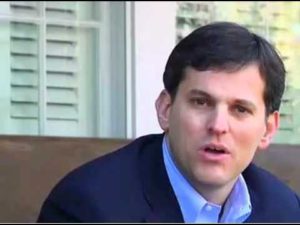 Yet, the GAY News & Observer (GN&O) wants us to believe that altering or repealing HB2 is the most pressing matter.  The GN&O has set the session up as do-or-die for senator Buck Newton, who is running for attorney general.  The GN&O included quotes in the story from Josh Stein, the former senator running as a Democrat for attorney general, speaking derisively about HB2 as “Buck’s Bill.”

Missing from the drive by media coverage are serious questions like: “So, Mr. Stein, if HB2 is sooooooo bad, why did you quit the Senate instead of staying to fight it and vote against it?”  “What is so bad about reaffirming the fact that any changes a locality might want to make have to be first run through the NCGA and comply with the general statutes? Just like with new stoplights and lquor-by-the-drink and bond referendums?”

Oh, and what about the polling showing support for gender-neutral bathrooms dropping like a rock (in spite of the driveby propaganda blitz)?

2 thoughts on “The #ncga short session: Drivebys HOPING for a *GAY* ol’ time?”