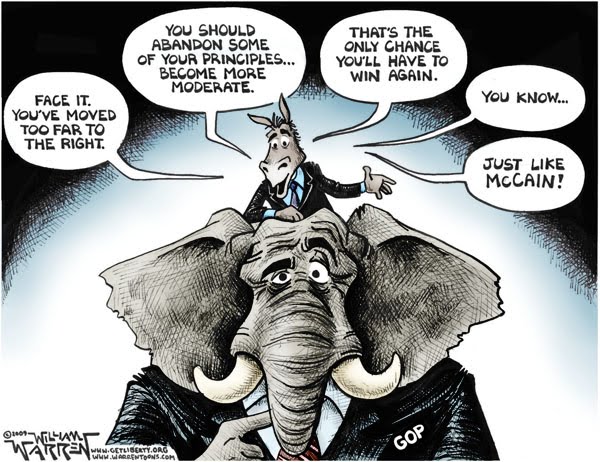 Supposedly, our state is in the midst of a “conservative revolution.”  But the message we’re getting out of our new administration in Raleigh is sounding a lot like something crafted by the NC Democrat Party’s communications staff.

Obamacare:  More than half of these United States are fighting the implementation of health care exchanges — a vital component to the startup of ObamaCare.  The governors of SC, VA, and TN — who all campaigned for Gov. Pat in 2012 — are aggressively fighting health care exchanges.  What’s happening in Raleigh?  Gov. Pat says ObamaCare is “the law of the land” and we just need to determine the best way to implement it.  Mmmm-hmmm. That’s right.

Taxes:   Civitas and some key legislators are talking up the idea of tax code reform.  During the campaign, Pat McCrory and Lt. Gov. Dan Forest championed the idea of significant tax reform.  Forest called for elimination of the state income tax.  Then, McCrory budget director — and alleged evil, megalomaniacal mastermind bent on world domination — Art Pope showed up in the press poo-pooing those tax reform ideas for not being “progressive.”

Energy:   Now, we have Governor Pat jumping on the wind energy bandwagon — earning praises from the folks at The Sierra Club.  (Um, yikes??!!??) McCrory describes his views on energy as “all-of-the-above.”  HERE is a great piece explaining how the “all-of-the-above” position on energy policy is really the signing off on more pollution, more government subsidies and more government regulation.

THIS is what we get for signing off on party machine politics.  The deck got cleared for a McCrory candidacy in 2012.  We didn’t have a real primary where the issues were discussed and debated.   Folks in Charlotte have seen stuff like this before with Richard Vinroot and Pat McCrory — an (R) next to their name, but a go-along-get-along attitude with the folks on the other side of the aisle. A true blurring of the lines.

It’s pretty clear that we’re going to have to hold Gov. Pat’s feet to the fire.  We heard about his past, hoped for a change for the best, but are getting indications of a go-along-get-along agenda.  We may have some buyer’s remorse set in among North Carolina’s voters.  But in this case, unlike at Wal-Mart, you’re going to have to wait FOUR YEARS to make an exchange or get a refund.  Let’s hope our country, our state and its economy can endure that long.