While many of us are settling down for the cameraderie and fellowship normally associated with Thanksgiving, Bert & Ernie and the gang at NCPolicyWatch are on the warpath:

Thomas Farr is not just another one of President Donald Trump’s conservative judicial nominations.

A group of civil rights leaders spoke on a teleconference about their collective opposition to Farr’s nomination to the U.S. District Court bench in the Eastern District of North Carolina. The judicial vacancy is the longest running one across the nation at over 11 years.

Farr, who is a well known GOP attorney who has spent his career fighting against civil rights, was initially nominated by Trump in July of 2017 and then re-nominated again in January.[…]

*That’s awfully sweet how they just throw something nasty and unsubstantiated out there and let it fester and do all sorts of damage.  That’s the peace, love and tolerance crowd for you.*

[…] “It’s an insult to African Americans in the Eastern District and across the country,” said Janai Nelson, associate Director-Counsel for the NAACP Legal Defense and Educational Fund.

The Eastern District of North Carolina houses almost half of the state’s Black population, but there has never been a Black federal judge there in the District Court’s 145-year history.

And HOW MANY Democrat presidents and congressional majorities have there been in those 145 years?  HMMMM ????   MORE:

Nelson was joined by Vanita Gupta, President and CEO of The Leadership Conference on Civil and Human Rights, Hilary Shelton, Director to the NAACP’s Washington Bureau and Senior Vice President for Advocacy and Policy, and a representative for the Rev. Dr. William Barber, President of Repairers of the Breach.

They expressed outrage that someone with Farr’s background and ties to white supremacists like Jesse Helms could serve on the federal bench and be trusted to administer justice fairly.[…]

Hmmm.  White supremacist, eh?  (And NO quotes, either.)    How does that label square with the fact that Helms employed civil rights movement icon James Meredith as a senior adviser, as well as a chief of staff who was the target of KKK death threats?

Of course, these leftist nimrods don’t worry about stuff like making sense and facts.  It’s all about throwing kindling on the fire and whipping up that hysteria.

[…]“Now more than ever, it’s crucial that judges who serve on the federal bench are fair and independent,” Gupta said. “He stands out among the nominees.”

She added that his nomination was part of the Trump administration’s larger plans to implement barriers to voting and roll back voting rights.[…] 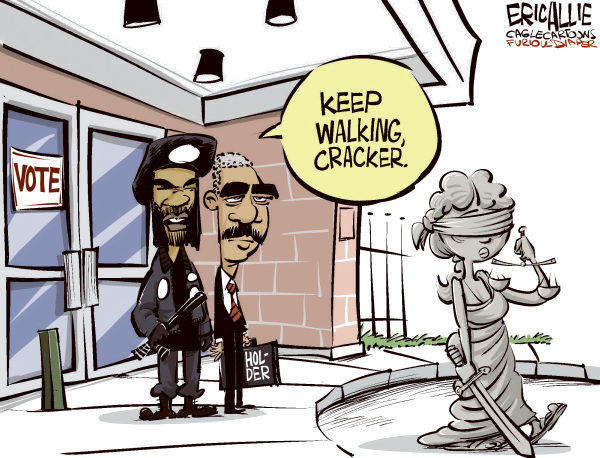 They neglect to mention  that dear,sweet Vanita was one of Eric Holder’s top henchmen at the US Department of Justice during the Obama years.  She was a leader in the smear campaign against now-Justice Brett Kavanaugh.  She also fought tooth and nail against asking questions about citizenship on the US census forms.

Shelton referred to Farr as the “vote suppressor in chief” and called on Republicans and Democrats on the Senate Judiciary Committee to reject his nomination.

“Jesse Helms may be gone but in too many ways he lives on in Thomas Farr,” he said. “We must protect this court from the stain of bias and prejudice.” […] 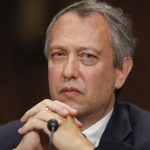 It’s funny how Farr’s past clients are such a great concern, but Anita Earls’s past representation of cop-killers is NOT.

If you really wanted to go after the embodiment of the late senator, look no further than at Veterans Affairs Secretary Robert Wilkie.  Wilkie soared through Senate confirmation pretty easily.

Wilkie was a senior adviser to Helms at the time I worked in the senator’s Capitol Hill office.

I was there about two years, and Wilkie was there for at least three more.  He had such a devotion to the Sons of Confederate Veterans that co-workers jokingly referred to him as “Robert E. Lee” Wilkie.  Wilkie teamed with Helms on some of his most highly-publicized, most-controversial conservative legislative efforts.  And now he’s on the president’s cabinet.  (Though, I do notice that his official bio on the VA website conveniently omits his tenure on Helms’s staff.)

Farr is more important to this crowd because his confirmation could throw a monkey-wrench in the left’s plans to use the federal judiciary to clamp down on the rest of us.

The same crew that could  not take down Brett Kavanaugh is sharpening their weapons and eyeing Farr hungrily.  They need a “kill.”

The overturn of the state’s marriage amendment and all of the HB2 courtroom action should be enough to tell you how important the courts are in fighting the leftist onslaught.

There is supposed to be a vote on Farr in the Senate “after Thanksgiving.”

Richard Burr and Thom Tilli$$$ need to get off their butts and take care of this man.

And while we’re at it —  the deep-pocketed owners at WRAL are pouring money into Bert & Ernie’s tripe-producing operation.  Meanwhile, the deep-pocketed folks on OUR SIDE are paying for Marc Rotterman’s TV career and the lectures on Lord Fancypants over at John Hood’s office.   When is OUR SIDE going to get in the game and fight these cretins on a level playing field?