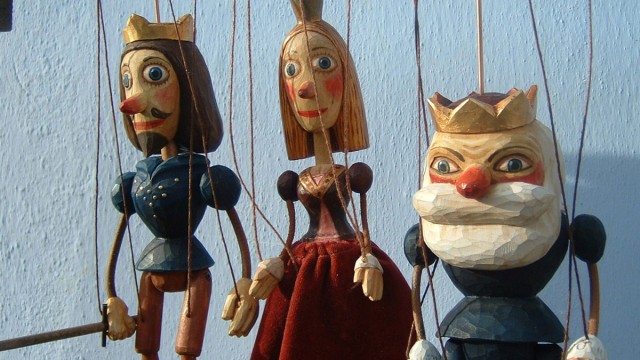 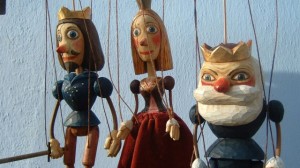 The South Carolina Policy Council, a free-market oriented think tank based in The Palmetto State, does yeoman’s work in the thankless task of trying to keep politicians and bureaucrats honest.  I stumbled across a great post on their site that beautifully illustrates how state legislators invite the federal leviathan to wrap its  tentacles tighter around state affairs:

Every year, South Carolina becomes more dependent on the federal government, and every year the state loses more control over its own affairs to Washington DC.  The federal government has its hands in education, social services, economic development – and just plain waste.

So who’s responsible? State lawmakers say they can’t do anything about it. But the South Carolina Code states that “no agency may receive or spend federal funds” that are “not included in the appropriation act.” In short: Just because the federal government offers money doesn’t mean state lawmakers have to take it.

Below are six examples of your state legislators making the deliberate decision to accept federal money – and the strings attached.

What is it? The James E. Clyburn University Transportation Research and Conference Center is a $107 million dollar project funded with federal and state dollars. The complex will serve as a transportation research center, a research facility for large trucks, the archive of James Clyburn’s papers, and a garage for Santee Wateree Regional Transportation Authority’s bus fleet.

What are the strings? As soon as South Carolina State University spends $9 million dollars of the federal grant, South Carolina taxpayers are on the hook for a possible $3 million state match.

What is it? In 2001 Congress passed a bill that streamlined all major federal education assistance programs. Titled No Child Left Behind, the bill vastly increased federal aid to state education systems. Every year, South Carolina accepts over $200 million dollars in NCLB funding for the stated purpose of improving educational outcomes.

What are the strings? No Child Left Behind comes with strict testing requirements and schools that do not meet federally mandated performance standards face disruptive changes, with little room for state discretion.

President Obama recently announced that states could apply for NCLB “waivers,” but even if South Carolina were to get one, the state would still have to adhere to the federal government’s standardized test-centered assessment system. The state superintendent stated he intends to apply for the waiver by the mid-February deadline. We’ll keep you updated.

What’s the impact? States that accept NCLB funding are required to administer annual yearly assessments in math and English, but none regarding science or history. This turns schools’ focus away from the goal of providing a broad education and strips teachers of their flexibility in the classroom.

What is it? Part of the “economic stimulus” signed into law by President Obama included several billion dollars in “Energy Efficiency and Renewable Energy.” These dollars were intended to supplement the money granted under the Energy Policy and Conservation Act.

What are the strings? A condition of accepting this extra energy money was that the governor had to assure the U.S. Department of Energy that he or she had “obtained necessary assurances” that the state will adopt building codes that “meet or exceed” the International Energy Conservation Code.

The state accepted more than $3 billion in stimulus money in 2009. Because we accepted those funds, state agencies are obligated to implement updated energy codes. That means updating our code from 2006 to 2009 standards.

What’s the impact? Updating the building codes will mean higher home construction prices and less freedom of choice for consumers.

Who’s responsible? State lawmakers accepted the bailout in the state budget – on the condition that the state expand eligibility for Medicaid.

What’s the impact? By accepting the stimulus dollars the state restricted its ability to decide Medicaid eligibility of its own citizens.

What is it? The State Trade and Export Promotion Grant (STEP) Pilot Grant Initiative provides grants to states for the purpose of boosting the number of small businesses engaged in exporting, and aiding those businesses already exporting. The money went to the South Carolina Department of Commerce.

What are the strings? The program has matching requirements. For every dollar the feds provide in STEP grants, the state has to put up certain percentages of each grant (either 25 or 35 percent).

Who’s responsible? State lawmakers authorize the use of STEP grants and appropriate the match in the state budget.

What’s the impact? Because of the matching requirements of the federal dollars accepted in this program, the state is required to use state dollars to favor some businesses and industries over others.

What is it? In 2009, the federal government established unemployment “incentive grants” as part of the stimulus. In essence, the bill authorized the Secretary of Labor to give cash rewards to states that “modernized” (that is, expanded) their unemployment benefits eligibility.

They were called “incentive grants” because their purpose was to financially “incentivize” state legislators to change state laws. For South Carolina, the federal government offered $97 million dollars in federal funds if and only if the state expanded unemployment benefit eligibility.

What are the strings? In order to receive the money, South Carolina had to change its state law to reflect federal criteria of unemployment eligibility (for example, by providing benefits to people laid off from part-time jobs and to people who left their jobs because of “compelling family circumstances”).

Who’s responsible? In June of 2010, lawmakers passed (and the governor signed) Senate bill 391. The bill’s purpose was to reform the Employment Security Commission and pay back the state’s debt to the federal government accrued when the ESC depleted the Unemployment Insurance Fund.

What’s the impact? The bill contained provisions that changed South Carolina’s unemployment eligibility in exactly the way the federal government prescribed in its requirements to receive “incentive grants.” South Carolina lawmakers widened the net of those eligible for unemployment and obligated the state to allocate funds even if the state receives no further federal dollars.