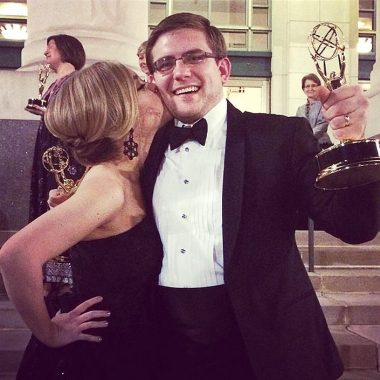 Sometimes you have such high hopes for people.  Quite often, they end up disappointing you.  That’s the case with Charlotte TV reporter Nick Ochsner.  This site had praised Ochsner early on for going to Raleigh, shaming his fellow drive-bys, and actually telling the truth about what’s going on on both sides of the aisle in that cesspool.

Well, now it appears that Ochsner has sold his soul to the same devil that has captured so many other drive-by souls in our state and nation.  It got called to our attention that Ochsner has been promoting a soon-to-be-released book called “Vote Collectors” in his Twitter profile. We looked it up on Amazon, and — of course –  Ochsner is one of the authors of that particular tome.  Apparently, it’s about the controversial Mark Harris-Dan McCready race for Congress in 2018.  While most drive-bys took dictation from Marc Elias and other lefty spinmeisters, Ochsner actually decided to go off the reservation and dig deeper.

If you read the Amazon summary of Ochsner’s up-coming book, you’ll find that the boy wonder has forgotten all about the integrity and go-get-em he showed in 2018.  (*Move onto the drive-by plantation, and make that money, son.*):

In November 2018, Baptist preacher Mark Harris beat the odds, narrowly fending off a blue wave in the sprawling Ninth District of North Carolina. But word soon got around that something fishy was going on in rural Bladen County. At the center of the mess was a local political operative named McCrae Dowless. Dowless had learned the ins and outs of the absentee ballot system from Democrats before switching over to the Republican Party. Bladen County’s vote-collecting cottage industry made national headlines, led to multiple election fraud indictments, toppled North Carolina GOP leadership, and left hundreds of thousands of North Carolinians without congressional representation for nearly a year.

In The Vote Collectors, Michael Graff and Nick Ochsner tell the story of the political shenanigans in Bladen County, exposing the shocking vulnerability of local elections and explaining why our present systems are powerless to monitor and prevent fraud. In their hands, this tale of rural corruption becomes a fascinating narrative of the long clash of racism and electioneering—and a larger story about the challenges to democracy in the rural South.

At a time rife with accusations of election fraud, The Vote Collectors shows the reality of election stealing in one southern county, where democracy was undermined the old-fashioned way: one absentee ballot at a time.

Wow.  Marc Elias and the boys couldn’t be prouder.  This book summary is so full of crap.  I hope that Ochsner had nothing to do with it, and it was a total Amazon creation.  Still,  I would balk at having my name tied to something being peddled with so many lies and crap. 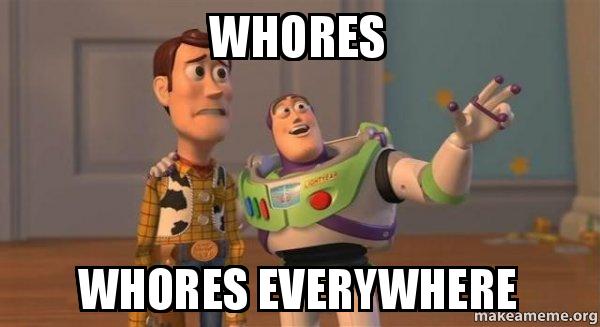 For the record,  NOBODY got charged criminally with anything associated with the 2018 congressional election in that district.  Mark Harris didn’t.  McRae Dowless didn’t.  (He pleaded guilty to some charges tied to income reporting related to his disability income.)

The book appears to focus exclusively on Bladen County, which is very small and only partially in the Ninth District.  The Democrats in much-larger (and adjacent) Robeson County had much more vote fraud stink on them.  Bladen was being punished by the drive-bys and their leftist masters for daring to leave the Democrat plantation and go Republican.  For the most part, Robeson County was still very reliably Democrat.  McReady had a very significant ballot-harvesting operation right in the heart of Lumberton, Robeson’s county seat.  Some outside liberal groups also were pitching in on the ballot harvesting.  Robeson also had (and has) an extensive reputation for election-stealing.   But that didn’t matter to the lazy drive-bys.  Ochsner touched on it a little.  But he has apparently forgotten all about it now that it appears he has a chance to earn some outside income.

A “clash of racism and electioneering” sounds pretty to liberal types who might buy this book.  But it neglects to mention that much of the vote fraud monkey-business occurs within minority communities and is orchestrated by minority community leaders.

If Ochsner stands by this description of his book,  it’s truly disappointing.  It’s pretty clear that we’ve lost one of our last hopes at honesty and integrity in reporting by our state’s political drive-bys.  It’s amazing that this leftist cabal had so much success in painting a Baptist preacher with a long record of good works as little more than a two-bit criminal.

For what it’s worth,  a book by Mark Harris’s wife,  Beth, is set to be released soon.  Perhaps we’ll finally get something close to truth about 2018 in the 9th district.