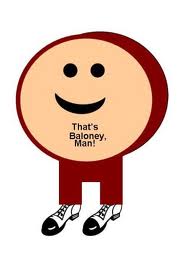 Most candidates for political office talk about how they are going to advance their communities through the new millennium.  Town Council candidate Marsh Smith, a dedicated green political activist, apparently wants to turn back the clock to the time of Southern Pines’s initial settlement.  He told the Moore County Chamber:

So, he thinks the town council should steer people away from supermarkets and toward locally grown foods. (No more trips to The Fresh Market.)

What about local farms worked by migrants from Mexico who send their money back home to Mexico?

Quite a few local producers get low-cost shelf space at chain stores.   Who does he think works at these local supermarkets?  Is he prepared to award these people  — who, if he has his way, would lose their grocery jobs — plots of land to grow food on?  Who pays for those real estate purchases?  Wait, there’s more:

Expenditures on electricity, natural gas and heating oil provide additional, clear examples of expenditures which take most of each dollar spent from the local economy. Southern Pines should follow the intelligent example set in the 1980s by Osage, Iowa and provide encouragement and assistance to citizens who seek to make their homes and businesses more efficient to heat and cool, thereby helping citizens have more disposable income and keeping dollars from leaving the local economy.

I guess he’s talking about Progress Energy.  Does he know how many local people take home paychecks from Progress Energy each month?  How highly will Progress Energy look upon Southern Pines if the town starts aggressively working to reduce their local revenue?  There could be layoffs of local employees to counter the loss of local revenue.  (If you get laid off, just relax.  Marsh will give you some farmland to work.)

How much is this plan to adequately insulate all Southern Pines homes going to cost — in terms of personnel, labor. and materials?  Will there truly be more disposable income in residents’ pockets after the town is forced to raise taxes to pay for Marsh’s agenda?