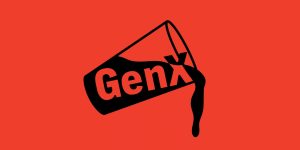 Southeastern North Carolina residents are wrapped up in turmoil over contamination of water in the Cape Fear River by GenX. Meanwhile, in Raleigh, legislators are whoring themselves out to the solar energy and vacuuming up all kinds of cash from the industry’s lobbyists.

Now comes a report suggesting a possible link between the GenX contamination and solar panels:

A scientist at the U.S. Environmental Protection Agency confirmed Friday that certain perfluorinated compounds are used in the production of solar panels. In response to a request from the North State Journal, EPA physical scientist Dr. Mark J. Strynar provided 39 records from the SciFinder database used by the EPA to identify applications of PFAS (perfluorinated alkylated substances) with solar panels.

“It appears PFAS are included in solar panel production and thus have the capacity to be sources of PFAS,” Strynar said, via e-mail, after reviewing the records.

Strynar and colleague Andy Lindstrom started research five years ago that first identified GenX contamination in the Cape Fear area downstream from a DuPont chemical plant that operated from the 1970s until 2015. The discovery sparked public outrage in the Wilmington area, resulted in multiple lawsuits over GenX contamination, and the N.C. General Assembly passed a bill to address GenX contamination.

When asked if solar panels contain GenX, Strynar explained that GenX technically is not a chemical but rather a chemical process. The GenX process produces two PFAS compounds commonly referred to as FRD903 and FRD902. Stryman also confirmed that the GenX chemicals are included in the broad classification of PFAS compounds.

According to the EPA, PFASs (which include GenX precursers PFOA and PFOS and the GenX chemical) are a class of man-made chemicals not found naturally in the environment. PFOA and PFOS have been the most extensively produced and studied of these chemicals. Both chemicals are very persistent in the environment and in the human body when exposure occurs. Because the chemicals help reduce friction, they are also used by a variety of industries such as aerospace, automotive, construction and electronics factories or businesses. The long-term health effect of chemicals related to the GenX process in humans is unknown, but studies submitted to the EPA by DuPont from 2006 to 2013 show that it caused tumors and reproductive problems in lab animals.