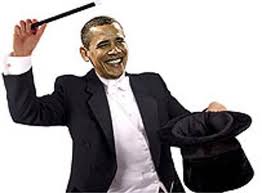 “Great News on Jobs” crowed The Washington Post.  The government reports that 236,000 jobs were “created” in February and the unemployment rate fell from 7.9 to 7.7 percent.  But is it really great news?  Especially since we need in the ballpark of 350,000 new jobs each month to compensate for what has already been lost?

When the Bureau of Labor Statistics offers up a percentage to define the unemployment rate, it is based on the “labor participation rate” — the American population minus:  kids under 16 years of age, senior citizens, the military, prisoners, and any others medically incapable of working.  Lately, since the onset of the current economic nightmare, the government has filtered from the workforce people who are not working and have pretty much given up hope.

The Wall Street Journal’s MarketWatch has more on this subject:

In theory, the jobless rate should be noncontroversial. It’s simply the percentage of people who want a job who can’t find one. However, it’s more complicated in practice. What does it mean to look for work? How hard do you have to try? How often do you have to try? What does it mean to have a job? Does it have to be a full-time job to count? What if it’s irregular work?

Back in the 1940s, the government defined those terms: Any paid work in the past week counts as a job. And to be counted as officially unemployed, a person must have actively looked for work some time in the past month.

With a few exceptions, those are still the definitions used by the Bureau of Labor Statistics. […]

Under those definitions, the official unemployment rate (known as the U-3 rate) was 7.7% in February; there were 12 million people who said they had looked for a job without success, compared with 155.5 million in the labor force. […]

What?  Maxine Waters told us the sequester was going to cost the country 170 million jobs.  More people out of work than we actually have working !!!  Read on:

But there were also 6.8 million people who said they wanted a job but weren’t even looking, perhaps because they were discouraged. […]

In addition, 8 million people said bad economic and business conditions limited them to part-time hours even though they preferred to work full-time.

If you count those discouraged workers and involuntary part-timers as unemployed, the unemployment rate jumps to 14.3%. The government reports this number as the U-6 rate. […]

Some people call the U-6 rate the “real” unemployment rate, but that doesn’t make sense: It includes millions of people who do have a job, even if it’s not the one they want.

Some analysts have begun paying attention to a different measure of labor-market slack: the labor participation rate. This is simply the percentage of adults, age 16 and up, who are in the labor force (either working or actively looking), excluding those in institutions such as the military, prisons or hospitals.

The idea for using the participation rate is that so many discouraged workers have stopped looking for a job that the official U-3 unemployment rate has become irrelevant.

For instance, the U-3 rate fell to 7.7% in February, in part because the labor force shrank by 130,000. The drop in the unemployment rate to a four-year low wasn’t necessarily great news.

About 40% of unemployed people have been out of work longer than six months, far more than at any time since the Great Depression.

It stands to reason that many people who’ve been unemployed that long without finding a new job would simply give up, drop out of the labor force and no longer be counted as officially unemployed.

But we can’t pretend they don’t exist.

So is that the “real” unemployment rate? Not really. There’s no reason to think that a 66.2% participation rate is the correct level. More than 3 million people turn 65 each year. The number of retired people is soaring. Yet these people are still counted as part of the adult population.

Because the population is aging, the participation rate is falling rapidly. The Congressional Budget Office predicts that it will fall to 63% by 2021, even with the economy at full employment.

These people haven’t dropped out of the labor force; they’ve retired.

If we really want to understand the health of the labor market, it’d be best to focus on employment and unemployment of the working-age population, 25 to 65, and leave millions of teenagers and octogenarians out of the equation.

Unfortunately, this data isn’t published by the government in the monthly employment report, and it isn’t seasonally adjusted, so it’s harder to analyze. But it is available on the Bureau of Labor Statistics website. In 2012, the participation rate for the working-age population was 77.5%, down about three percentage points from the peak of 80.2% in 1997. […]

It means that the vast majority of working-age adults, men and women, are working or looking for work. But it also means that many millions have given up hope of finding a job. Some of them will never work again.

If the participation rate were where it was in 2007, about 3 million more working-age adults would be in the labor force, and the unemployment rate for that group would be about 9%, instead of 6.8%.

That means that the “real” unemployment rate is about two percentage points higher than the official rate. If we understood that, we might be trying to do more to create jobs.

Long-term unemployment is our country’s biggest problem, and if we don’t do something quick, it’ll cause permanent damage to our economy, and ruin the lives of millions of people.