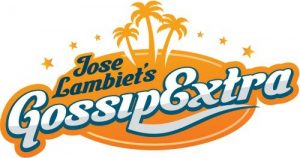 I recently got an email advertisement from The Raleigh News & Observer promoting itself as the place to go for serious news coverage in North Carolina.  Well, McClatchy’s driveby media property in our fair capital city apparently considers a site called Gossip Extra — which promotes itself as ‘South Florida’s online tabloid’ — as a purveyor of serious news.

The N&O reprinted a story from GossipExtra on its website with the screaming headline: “Trump partied with convicted felon at Red Cross ball in Palm Beach.”      (Talk about click-bait.)   The byline credit was given to Jose Lambiet, the publisher of GossipExtra.

For the record, the paper doing the reprinting of a story writes the headline it uses.  So, the N&O is accepting the assertion / storyline presented by GossipExtra.   Here are some of the details of the story the N&O reprinted:

While protesters stood outside his Mar-a-Lago club Saturday night in Palm Beach, tuxedo-clad President Donald Trump and first lady Melania were being entertained by the organizers of the Red Cross Ball.

And among those cozying up to the world’s most powerful man was a convicted felon named J.J. Cafaro.

His crime? Bribery of a public official.[…]

Okay, so we’re insinuating Trump chose to party with a guy who likes to pay bribes to elected officials. *Nice.*
MORE:

[…] We wish this were fake news, but the truth is so much stranger sometimes.

In Palm Beach parlance, chairing a ball includes putting up some crazy money for expenses and/or having to convince a couple hundred socialites to spent $1,000-plus each to attend.[…]

Soooooo, the fundraiser for the Red Cross event was at Trump’s club.  The event was chaired by a woman who — as far as I know — has never been charged with a crime.  She put up a bunch of money to cover the expenses of the Red Cross fundraiser, and there were a “couple hundred” guests.  So, what was the crime here?  MORE:

[…] In essence, the chair is considered to be the host, and with Trump crashing the ball, the chairwoman and her family received unfiltered access to Trump.[…]

Crashing the ball?  Trump has been an active supporter of The Red Cross for years.  The event was at his club.  It wasn’t an intimate dinner with Melania and The Donald.  It was — as the writer admitted — a party with “a couple hundred” people in the house. And the Secret Service doesn’t exactly allow unfiltered access to ANY of their protectees.

[…] Even if by any presidential standards, J.J. Cafaro might not be the kind of guy he should hang with.

Cafaro admitted to paying for $27,000 in repairs to Traficant’s houseboat then buying the ratty houseboat for another $26,000. At the time, Traficant was quietly trying to get federal agencies to buy a laser guidance system manufactured by one of Cafaro’s companies.

Cafaro was sentenced to 15 months probation and fined $150,000, and blue-collar Youngstown, Ohio, politician Traficant was expelled from the U.S. Congress and served seven years of an eight-year sentence in a federal prison.

In June 2010, Cafaro was back in the sights of political ethics authorities in Ohio when he pleaded guilty to a charge of making illegal campaign contributions to his daughter, Capri Cafaro, a member of the Ohio legislature. Again, he wasn’t sentenced to any time behind bars but got three years of probation.

Cafaro and his wife gave tens of thousands in contributions to both Hillary Clinton and Trump during the presidential campaign.

Red Ball gala coordinator Jennifer Whitaker said that even if Cafaro was listed as a co-chair of the ball in some of the literature, he wasn’t. The invitations clearly listed Janet as the sole and only chair, she said.

“This ball is traditionally a ladies’ event,” Whitaker said. “The ladies host. The ladies write the checks.

“Why would anyone hold her [Janet] responsible for what her husband [of 40 years] has done? Her philanthropy is independent, and incredibly gene

When asked why the Red Cross would place Trump in a potentially uncomfortable situation, the organization’s chapter for Palm Beach and Martin counties reissued a statement that simply outlines the ball’s 60-year history.

So,  The Red Cross ball  is a nefarious event, but  a church service run by Rev. Jeremiah Wright is NOT?????

This is the ultimate in stretching and reaching.  It makes the National Enquirer’s alien abduction stories look responsible and noble in comparison.

I bet, if I ran background checks on the trolls in the N&O newsroom, I bet I could find a few people that make JJ Cafaro pale in comparison.

So, driveby SOP has been reduced to trolling Facebook pages and smearing someone (mostly Republicans) if they happen to be in the same general vicinity as someone who, at some point in their life, ended up on the bad side of some courtroom action.  It’s appalling what these dirtbags have done to that gift our Founding Fathers blessed us with in The First Amendment.

One thought on ““SERIOUS” News ???? N&O teams with GossipExtra”