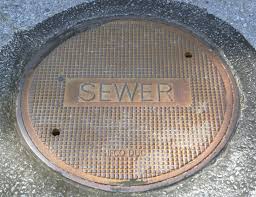 Drive-bys want to give every GOP activist a thorough body cavity search.  Hell, we even got analysis of a Trump supporter’s tattoos.

But, I find it interesting at how little the driveby media has to say about some of the dubious characters making their way into leftist PR stunts / protests.  Today’s N&O has a story about “upward mobility” in North Carolina.  It includes a photo that has someone holding a “Black Lives Matter” placard.  BLM is the group that blew up Ferguson Missouri with all that violence.  They also published a guide to proper riot gear — including an Arabic translation for their comrades in jihad.  *Nothing to see here.  This is a mainstream media event.*

Let’s not forget the men-in-the-ladies-room hubbub in Charlotte.  The drivebys keep peddling the lies about this being the second coming of Jim Crow. Yet, they don’t like to talk about the fact the leading HB2 opponent is a convicted sex offender.    *It’s inconvenient.  It helps those “bible-thumpers” make their point.*

Remember the drive-by hullabaloo over Tea Party protesters carrying signs with Obama looking like Hitler?  “Black Lives Matter” present at a press conference on upward mobility – -a thinly disguised attack on Pat McCrory — drew yawns from Binky and his playmates.

We’ve been lectured to about Donald Trump’s “vulgarity.”  Yet, at a pro-men-in-the-ladies-room protest the other day, the N&O ran a picture that included a poster emblazoned with “SCAT McCrory.”  Get it?  Toilets? Scat? (Look it up.)

Imagine a conservative protester holding a sign featuring Jim Hunt’s last name altered by ONE letter — and the holy hell that would unleash from the drivebys.

Liberals have a real challenge in making their points — their arguments — without getting vulgar.  You would not believe how many libs we have to kick off our comment section because they can’t produce ONE COGENT THOUGHT that doesn’t include profanity. Their side has flooded our society with college courses, TV shows, movies, and Broadway plays featuring graphic talk about feminine hygiene products and other things best left to discussions in the gynecologist’s office, that dark corner of the video store, or one of those, ahem, “bookstores.”

*And WE are the crude, impolite ones.*