It gets downplayed in the drive by media, but the public school are required to report annually to the legislature on the crime situation within

the state’s public schools each year. We’ve heard a lot about teachers leaving due to low pay.  We’ve heard leftists complain about Republicans ”cutting education.”  But flipping through these reports just might give you some serious insight into why support for homeschooling, school choice, and private schools appears to be exploding.

2. Assault Involving Use of a Weapon
3. Assault on School Officials, Employees, and Volunteers
4. Making Bomb Threats or Engaging in Bomb Hoaxes 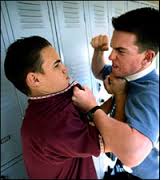 The number of acts of crime and violence by high school students decreased by 284 from 2012-13 to 2013-14, a 4.9% decrease.
The rate of acts reported (per 1000 students) decreased 5.6%. Reportable crimes were most frequently committed by students who were ninth graders and male.
Among ethnic groups in high school, American Indian students had the highest rate of school crimes, followed by black students.

That’s not us.  THAT is Democrat June Atkinson’s Department of Public Instruction.

According to the DPI study, one of ten North Carolina high school students receives at least one out-of-school short term suspension each year.

Assault on a school official, possession of alcohol, sexual assault, bomb threats, and assault involving use of a weapon all saw significant increases from the 2012/13 school year to the 2013/14 school year. 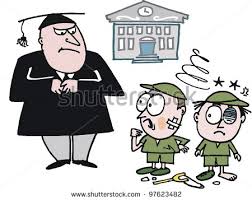 Wake County (563) and Charlotte-Mecklenburg (547) had by far the highest total number of reported offenses for the 2013/2014 school year.  Moore County reported 68 of those “dirty 16” happening on its campuses.  Robeson County reported a total of 138.   Durham county reported 186, while Buncombe County (Asheville) reported 170. Guilford (Greensboro) was at 271, while Forsyth (Winston-Salem) was at 166.  New Hanover  County (Wilmington) reported in at 107.  Chapel Hill-Carrboro schools — located in the heart of Peace & Love ground zero — reported in at 69.