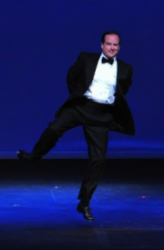 (I heard John Hood on TV this weekend babbling about runoffs being the last vestige of Jim Crow in North Carolina. )

What has them suddenly so fiscally responsible?  Runoff elections.  Amidst a bill doing away with judicial primaries, the honorables on Jones Street are reducing the threshold needed to avoid a primary runoff from 40 percent to 30 percent.  THAT’s right.  Thirty percent of the vote makes you your party’s standard-bearer.

It wasn’t long ago that they reduced the threshold from 50 percent. If that standard would have held through today, Thom Tillis would not be a US senator.  The man made it to DC without ever seeing 50 percent.  In a runoff against either Greg Brannon or Mark Harris, the divided conservative electorate would have coalesced behind either of them — if anything, out of pure Tillis hatred.

In Pinehurst, in November, we have EIGHT candidates vying for two seats on our village council.  There will be no runoff.  So, someone could get as little as 13 percent of the vote (or even less) and earn four years on the council.  What’s democratic about that?

It’s important that our elected officials EARN 50 percent +1 of the vote.  If you have a crowd of people file, the crowd needs to be whittled down to a final pair.   American Idol does it.  So can we.

I am all for giving the “little people” as much say as they would like to have.

Shenanigans like what Raleigh has pulled here further water down the significance of the people outside the Raleigh beltline (and their concerns) to Raleigh’s ruling class.

12 thoughts on “Say Goodbye to runoffs”