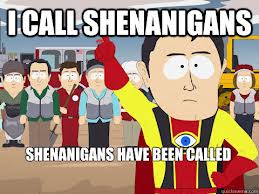 Conservative Leadership Coalition.  THAT, my friends, is a group set up by your NC House Republican Caucus,and financed by a lot of special interests shaken down by the leadership of said caucus, meant to spin and explain away some of the charlie foxtrots from this session — like, say, screwing over the base on HB2.

You may already be receiving stuff in your email inbox, your postal mailbox, or your Facebook messenger.  Stuff like, say, THIS: 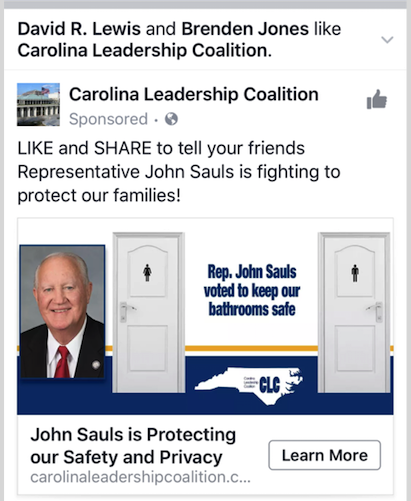 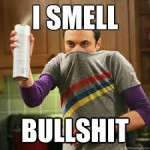 Sauls is a preacher turned Republican representative from Lee County.  He voted — in an unusual move for a preacher — to repeal HB2.  And THIS spin, in trying to save Sauls from the wrath of his own voters, is basically calling Rev. Mark Creech of the Christian Action League, Tami Fitzgerald of the NC Values Coalition, and THE Rev. Franklin Graham liars.   That respected trio ALL saw the legislation Sauls and most of his colleagues voted for as a repeal of HB2 and a slap at Christian conservatives.   (The UNC School of Government found that the bill Sauls & co. voted for leaves it wide open for local governments to create LGBTQXYZ set-asides and quotas for local government contracts.)  * If you guys in House leadership think you can hold onto power without the church people, just keep it up. * 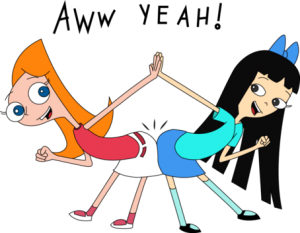 Basically, this strategy by the CLC / GOP House caucus is a lot like telling us UP is DOWN and DOWN is UP.   The real question is: Are you dumb enough to buy what they’re selling?

10 thoughts on “Repealing HB2=Protecting Women in the Bathroom ??? (Hunh.)”