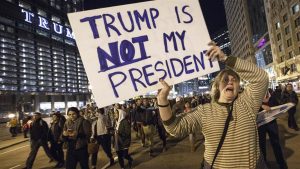 How come you don’t ever see Republican voters riot?  I mean running-through-the-streets-breaking-stuff rioting?  Seriously.  Anyone?  (Bueller?)

It seems just like yesterday that the driveby media and the I’m-with-Her crowd were tut-tutting and lecturing us about how undemocratic and improper it is to not accept the will of the people as expressed at the ballot box.

I have to admit.  I was not happy about the presidential election results of 2008 and 2012.  But not ONCE did I even think about throwing a public temper tantrum, running through the streets, or breaking someone else’s stuff. 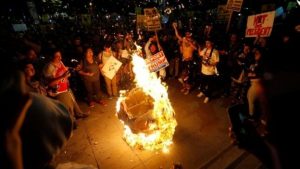 Back to the present.  What a difference a few weeks make!  Not seeing a whole lot of accepting-the-results from the I’m-With-Her crowd.  Let’s see, we’ve got arrests in Charlotte.   (Maybe they were still protesting that whole police shooting thing from a few months back.) There was mayhem in Winston-Salem.  Delicate snowflakes walked out of their classes at UNC-Chapel Hill.   All hell broke lose in California, in Boston, Philadelphia, NYC, and Chicago.  ‘Not our president,’  they were chanting. 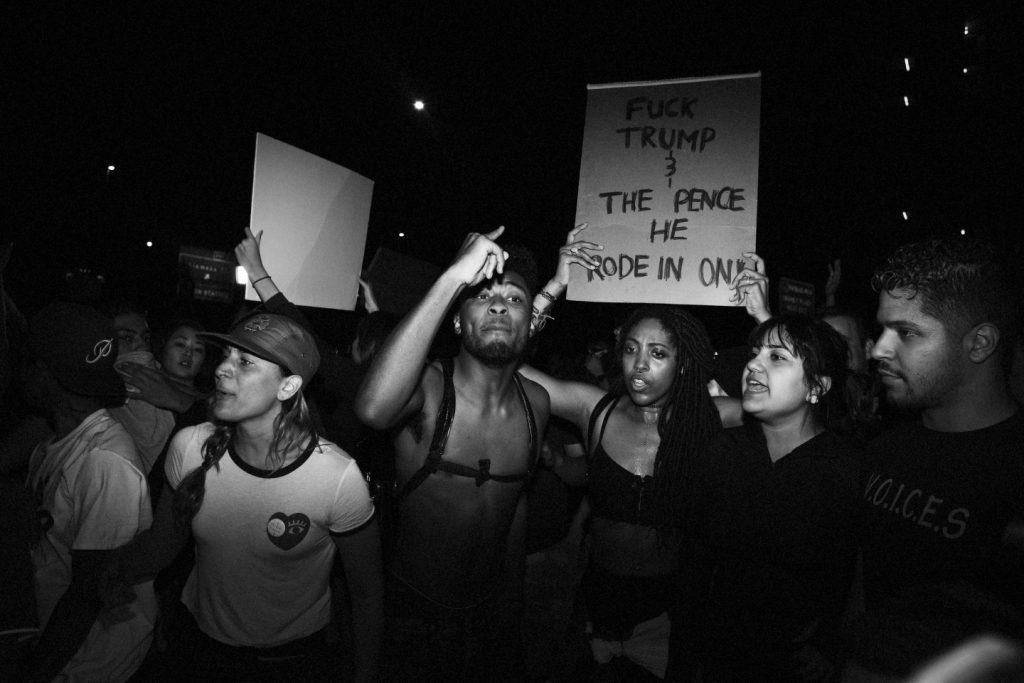 I hear secession plans are being crafted in California.  (Oh, yes.  There IS a God.)  I hope they’ll let us know how we can contribute to that worthy effort.

Ah. So THIS is what accepting-the-results of an election looks like.   (Give them what they want, or they’re going to throw a fit and break your stuff.)

8 thoughts on “(Pssst. Hey. Check out all the results-accepting and STUFF.)”