And all of us are left standing on the sidelines watching in belief. 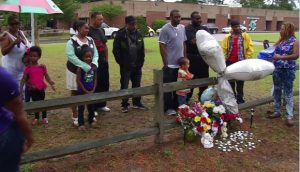 I remember well the morning that Stephen McGregor was run down on the side of NC 211 near West End.  I was driving past the crime scene — right in front of West End Elementary School — a few hours after the incident.  It seemed every first responder in the county was on the scene.  (At first, I thought something had happened to the kids at the school.)

Nope.  Sadly, young Mr. McGregor was taking his regular two mile walk down the road to his job at the West End McDonald’s restaurant, The young man was a well-liked, well-known figure at the restaurant.  The management often  entrusted him to open the place up for breakfast each morning.

That’s where he was headed the morning he died.  The blow from the vehicle knocked him about 10-15 feet into a decorative wooden fence in front of the school.   Whoever hit him kept on going — not even bothering to stop and check on him or call 9-1-1.

Lawmen began a relentless search for a suspect.  A surveillance camera at a nearby convenience store revealed a clue — a truck pulling in not long after the incident occurred. The truck was impounded within 24 hours.  And weeks later, the truck’s owner was charged with the crime.

And THAT leads us to the events of this week:

An Eagle Springs man was sentenced to probation Tuesday for his role in a 2016 hit-and-run that killed a pedestrian in West End.

Jacob Lewis Green, 22, had been charged in connection with the hit-and-run death of Steven Markel McGregor. Green pleaded guilty to a lesser version of the offense Tuesday in Moore County Superior Court as part of a deal arranged by Eddie Meacham, his privately retained attorney.

A deal.  NOT a verdict from a jury.  A deal — that HAD to be approved by the county DA’s office and the presiding judge.

[…] According to court records, Judge Tanya Wallace sentenced Green to three years of supervised probation. Green was also ordered to undergo a “substance abuse assessment” and must surrender his driver’s license. 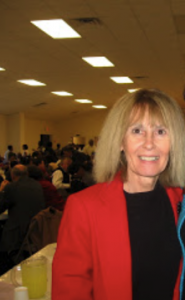 […] Green’s conviction comes 21 months after McGregor, 23, was fatally struck by a Dodge pickup truck near West End Elementary School on N.C. 211. McGregor, who had been walking to his job at McDonald’s in Seven Lakes, was found dead beside a split-rail fence by his cousin shortly after 6 a.m. on May 20, 2016.

Authorities used video captured by a fuel station security camera to locate the vehicle. The truck was found and seized less than 24 hours after the crime was reported, but weeks passed before an arrest was made.

“We want to do a thorough investigation,” Sgt. S.P. Fortner of the state Highway Patrol told The Pilot at the time. “We do not want to rush the charges.”

Green was arrested on July 15, 2016. He spent a day behind bars before being released from the Moore County Detention Center under a $100,000 secured bond.

After learning about the proposed plea agreement in December, McGregor’s mother Josephine Allred said she felt probation was too lenient of a sentence for Green.

“He needs to be punished for what he’s done, not just probation,” Allred said in an interview with WNCN, a CBS affiliate in Raleigh. “If they give him probation, he’s getting probation for killing someone? That’s not fair.”

SOMEONE  needs to explain this.  I could see leniency if the young man stopped and tried to help the victim, or called 911.  But he kept going, and it took weeks to charge him.

THIS is a radical, sickening disrespect for life.  Sweetheart deals apparently got cooked up behind closed doors by some buddies with J.D.s. But a young man is still dead — taken from this world in a violent fashion.  Left for dead on the side of the road.  Another young man is losing his license and getting 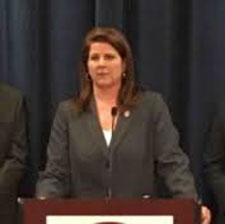 three years of supervised probation — a penalty that even active probation officers will tell you is a big fat joke.

If the evidence was not there to try and convict Green, then why bother charging him?  Does Maureen believe probation is appropriate for someone who runs someone down, and doesn’t bother to stop or seek help for the victim?

2 thoughts on “PROBATION for FATAL hit-and-run ???”