The establishment crowd is pulling out all the stops to save Big Government Barbie and her friends:

The American Action Network, a group allied with House Republican leadership, is placing a six-figure buy for television advertisements to thank several GOP lawmakers for voting to fund the Department of Homeland Security.
The beneficiaries of AAN’s $350,000 TV campaign are Reps. Renee Ellmers of North Carolina, Susan Brooks and Todd Young of Indiana and Dan Benishek of Michigan. The group’s ad, tailored for each Republican, tells constituents to thank their congressman for “fighting for a stronger and safer America.”

“It starts with conservative champions like Congresswoman Renee Ellmers,” the ad states. “Fighting to beef up our national security, enhancing cyber security and securing our economic future by fighting for less debt and greater fiscal accountability.”[…]

Was it all of those votes to raise the debt ceiling and give Obama and Harry Reid an endless supply of blank checks?  Is it her efforts to sabotage attempts to actually secure our national borders and enforce existing immigration laws? Was it her back-stabbing, lying, weaselly maneuvering to help sink a ban on late-term abortion?  Maybe it was the countless stupid statements she’s made in front of live cameras and microphones.  I don’t know.  I wish they could clue me in on exactly WHAT qualifies her as a “conservative champion.”  But wait, it gets, um, “better”:

[…] The ad buy will run from Friday until March 12 on Fox News and during sports broadcasts this coming weekend. The spots will run 175 to 185 times in each district, a large-scale run.

This is the second round of television ads this week for the group. In the heat of the DHS fight, the organization ran ads urging conservatives like Reps. Tim Huelskamp (R-Kan.), Jim Bridenstine (R-Okla.) and Jim Jordan (R-Ohio) to vote for DHS funding. Conservatives decried the move, and the House Republican leadership distanced itself from the campaign.

“Our interest is in educating voters on these important issues,” AAN’s president, Mike Shields, said in an interview Thursday. “There are certain members of Congress that have been proven effective conservatives. That’s an important message for voters in those districts to understand.”

The sustained presence on television represents a new phase for AAN. The group, which describes itself as “center right,” is trying to become an active participant in the legislative process in Washington. In addition to trying to educate voters about positions it considers problematic, the organization is also looking to reward members who take tough votes.

AAN officials say they will spend millions of dollars in the coming years.

“There are certain members of Congress that have been proven effective conservatives,” Shields said. “That’s important for voters in those districts to understand.”

“We want to make sure voters know [these members] are doing what they were sent to Washington to do,” Shields said. 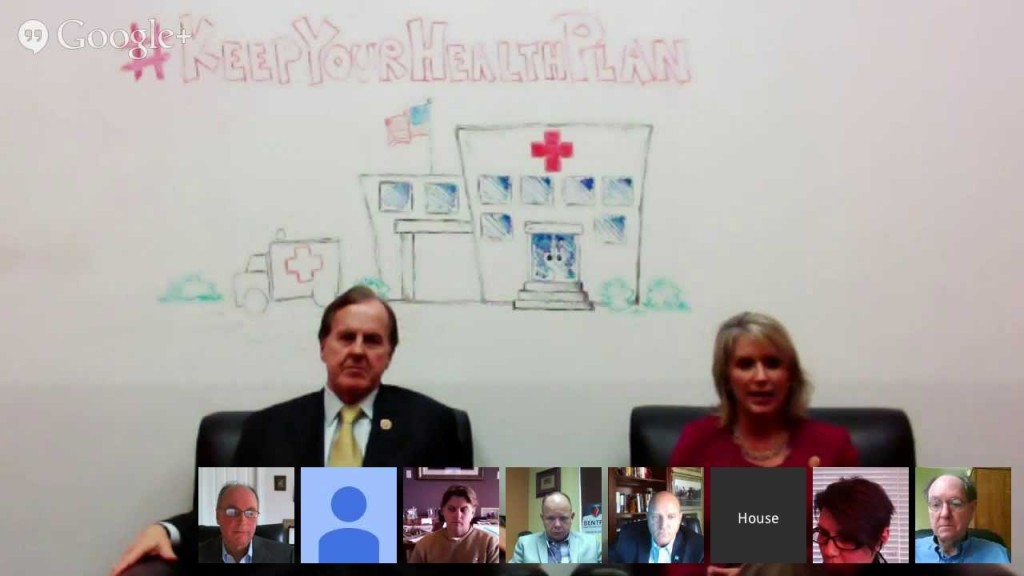 The 16 members of the House Republican Conference who will benefit from digital ads sponsored by AAN include Reps. Vern Buchanan of Florida; John Carter, Kay Granger and Mike McCaul of Texas; Tom Cole of Oklahoma; Chris Collins of New York; Devin Nunes and Jeff Denham of California; Tom Emmer and John Kline of Minnesota; Candice Miller of Michigan; Kristi Noem of South Dakota; Robert Pittenger of North Carolina; Joe Pitts and Glenn Thompson of Pennsylvania; and John Shimkus of Illinois.