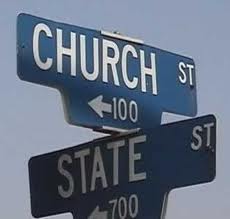 A recent item in The Wall Street Journal indicates that the federal bureaucracy is taking an increasing interest in regulating the internal affairs of America’s churches:

Today, the Obama administration will invite the Supreme Court to open a new front in the culture wars. Hosanna-Tabor Evangelical Lutheran Church and School v. EEOCconcerns a commissioned minister, Cheryl Perich, who taught elementary school and led chapel devotions at a small Lutheran school outside Detroit. Ms. Perich became ill and was replaced in the classroom by a substitute. In the middle of the school year she sought to return and then, instead of attempting to work out the dispute through the church’s reconciliation process, she threatened to sue.

As relations broke down, the church congregation voted to withdraw her “call” to the ministry, and she ceased to be eligible for her prior job. She sued under the Americans with Disabilities Act, with the support of the federal Equal Employment Opportunity Commission.

The federal statutes outlawing employment discrimination based on race, sex, age and disability contain no express exception for church employers. But for 40 years lower courts have applied a “ministerial exception,” which bars the government from any role in deciding who should be a minister. Courts have reasoned that the separation between church and state protects the ability of churches to choose their own clergy just as it protects the state from any control by churches. The Supreme Court has never spoken to the issue.

But who counts as a minister? Cheryl Perich’s duties included leading students in prayer and worship, but she also taught secular subjects, using ordinary secular textbooks. The sole disagreement in the lower courts was whether her job was sufficiently religious to be considered ministerial. The Supreme Court will consider, for the first time, how to make that determination.

But the Obama Justice Department has now asked the court to disavow the ministerial exception altogether. This would mean that, in every future case, a court—and not the church—would decide whether the church’s reasons for firing or not hiring a minister were good enough.

But the government, including the judiciary, is not entitled under the First Amendment to decide what qualifications a minister should have, or to weigh religious considerations against others. Is a secular court to decide, for example, whether confining Catholic priests or Orthodox rabbis to males is a correct interpretation of scripture, or merely a vestige of outmoded and stereotypical bias?

James Madison famously declared that the civil magistrate is not a “competent Judge of Religious truth.” Yet every discrimination claim about the hiring of a minister necessarily comes down to the question of whether the church had a bona fide religious reason for its decision. That places the courts squarely in the business of adjudicating the validity of a church’s claims about its own religious practice.

The Justice Department’s brief grudgingly concedes that there may be an exception for employees performing “exclusively religious functions,” but this is an illusory protection. Every church officer—even the pope—performs at least some nonreligious administrative duties. If the government’s position were accepted, the courts would be embroiled in disputes about the selection of clergy at all levels and in every denomination. This would be a radical reversal of our nation’s long constitutional tradition.

In the colonial era, with an established Church of England, the government controlled who would preach the gospel. The royal governor of Virginia licensed ministers in the colony, and Madison’s first known writing on religious liberty was a letter protesting the jailing of Baptist ministers for preaching without a license.

When the First Amendment declared that “Congress shall make no law respecting an establishment of religion,” it meant that churches would support themselves and control themselves. And the separation of church and state is a two-way street: It protects the autonomy of religious institutions from governmental interference no less than it prevents advancement of religion by government power.

That tradition of church-state separation has continued to the present day. After the Civil War, for example, the framers of the 14th Amendment, which applied the Establishment Clause to the states, voted against legislation to subject churches to antidiscrimination laws, concluding this would violate the First Amendment. The Supreme Court has held (Bishop v. Amos, 1987) that religious organizations must be “free to select their own leaders, define their own doctrines, resolve their own disputes, and run their own institutions.” Even EEOC guidelines a few years ago reaffirmed the ministerial exception.

Perhaps American churches should be more open to female clergy and more accommodating toward elderly pastors or disabled chaplains. But if the separation between church and state means anything, such changes must come from within.

As a lower court judge, Justice Sonia Sotomayor wrote: “Federal court entanglement in matters as fundamental as a religious institution’s selection or dismissal of its spiritual leaders risks an unconstitutional trespass on the most spiritually intimate grounds of a religious community’s existence.” It is unfortunate that the Department of Justice does not see it that way.