The hits keep coming in Hasan-gate. An email has gone out “signed” by several former NCGOP chairmen:

Please see below for a letter from the Past Chairman’s Leadership Council:

We are disappointed and even appalled at the actions of current NCGOP Chairman Hasan Harnett.

The multiple inaccurate statements being spread by Hassan Harnett, undermine the work of our grassroots activists that have long been dedicated to our Party.

He has demonstrated time and time again that he is not capable of being chairman. We, as former chairmen, respectfully and sincerely ask you to vote to remove Hasan Harnett as Chairman of the North Carolina Republican Party.

committee.  They did such a bang-up job last June, didn’t they?

Let’s take a look at this motley crew sitting in judgement of Hasan Harnett.  I’m going to give Jane Rouse a pass.  She’s elderly, and likely being taken advantage of here.

And we all remember Jim Hastings, don’t we?:

[…] Hastings left his post with the N.C. Republican Party after being 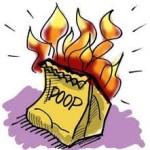 With that track record, I can’t believe he has the cojones to raise his head and partake in this.

And Claude Pope.  He of the golfing trip to Scotland during campaign season.  He regularly hit up cousin Art and other deep-pocketed family friends for big checks to cover monthly payroll while he was chairman, and has the gall to criticize Harnett’s fundraising.  He endorsed Collins, and has been on Harnett’s case s 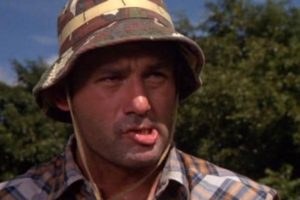 ince last June.  Pope minions have been trying to spin that Pope has “tried to help Harnett” during these past nine months, but Harnett has rebuffed him.

When you hear the word “help” from these people — it means them strong-arming you to see things their way.  Refusing their, um, “help” signifies uppityness that warrants the kind of smears and smackdowns you see Harnett being subjected to right now.  (Pay attention, Michele Nix. You’re NEXT.)

If these people had spent this much energy building up and uniting the party — instead of trying to forcibly reverse the results of June’s chairman election — the GOP would be looking like a juggernaut for November.  Now, we have a circular firing squad.  And for what?  Some useless placeholders in the NCGOP hierarchy trying to hold onto their piece of “turf.”

(Oh, by the way. Anyone else notice the rather conspicuous absence of former chairman Linda Daves from this emailed hit piece?)