Many of you ACC sports fans may recognize the name Barry Jacobs.  He writes a lot on the ACC, and is a regular talking-head on all things ACC. 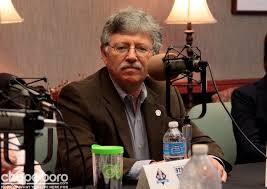 Well, the Orange County board met, and ol’ Barry tossed in his two cents for The N&O:

“It’s very American to be prejudiced,” Jacobs said. “I think that we have to continue to fight the know-nothings who throughout American history have tried to deny to other people the rights that they either already enjoyed or came here to enjoy.”

The Orange County Board of Commissioners unanimously voiced their support Monday night for giving unaccompanied child refugees equal access to education, health care and protection under the law.

Carrboro’s Board of Aldermen passed a similar resolution Nov. 18 in response to the wave of unaccompanied Central American children fleeing crime, violence and extreme poverty this year.

Doris Brunson, chairwoman of the county’s Human Relations Commission, said the number of children, particularly from Guatemala, El Salvador and Honduras, has risen dramatically over the last three years. The U.S. Department of Health and Human Services estimates roughly 2,100 unaccompanied children have come to North Carolina since October 2013.

The local resolution says Orange County is “a welcoming community” to refugee children and their sponsors and asks congressional, state and feder 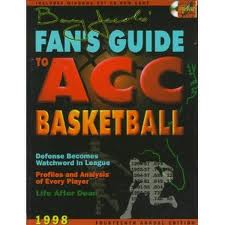 al leaders to address the concerns. It also directs county staff to work with other agencies and ensure children can access local resources.[…]

Is it about prejudice, or is it about respect for the law, American citizenship, and The Constitution? Prejudice / Hatred / Intolerance are all epithets fascist goons like Jacobs employ to shout down and shut down any and all criticism of their efforts to debase our society and bankrupt our citizenry.

folks like Jacobs could care less. They are more interested in creating more government dependents and a reliable leftist voting bloc.

I vote we de-annex Orange County and let Cuba HAVE THEM.  (Kind of a post-war, Cold War-era Berlin style arrangement.)