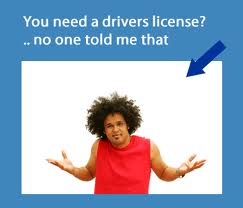 UNC Charlotte student Lauren Brown says driving without a license is no good, “It’s scary though, if anything.”

The 19 year old just bought her car and says if someone with no license and no insurance hit her, “I’d be pretty angry.”

AAA Carolinas spokesman Tom Crosby says her chances are pretty good, “If you’re in a backup with 10 cars, 2 of those people don’t have a license.”

Crosby says nearly 1 in 5 drivers on North Carolina’s roadways are driving with out a license, “It’s never got a license, suspended, revoked, denied.”

Penalties could include up to 120 days in jail, but Crosby says they are rarely enforced.

Crosby says, “You can go in any courtroom in North Carolina, watch a driver get his license revoked or suspended, walk out of the courthouse get in his car and drive away.”

Police checkpoints are catching more license violations than any other crime. At Thursday night’s Mecklenburg County checkpoint nearly half the violations were for no license or revoked license.

Swimmer says, “If your license is revoked your insurance is going to be canceled and you’re not really able to get insurance if you haven’t got a license.”

Swimmer says that’s why uninsured and underinsured motorist coverage is so important.

The difference between the state’s minimum uninsured/underinsured coverage and more than three times the coverage averages about $40.

Swimmer says, “It’s not what someone is suing you for, it’s what they have done to harm you and they have nothing to provide in the way of reimbursing you.”

In the meantime Crosby says the state needs tougher penalties and more enforcement of license violations, “If you don’t have a license you ought not be behind the wheel period.”

Crosby says 16% of the unlicensed North Carolina drivers involved in a fatal crash had a suspension or revocation in the previous 3 years.