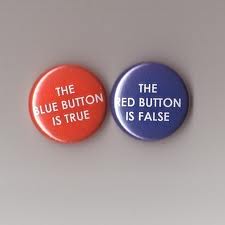 Here they go again.  Our state’s flagship newspaper is at it again — offering readers contradictory information on their page, sometimes within the same day and other times within  week.

Last week, chief political correspondent (and newsroom wonderboy) Rob Christensen told us in his weekly column that BarryO and his crew DID NOT meddle in the Wake County School Board race that resulted in a leftist takeover.  Rob told us that BarryO & co. meddled in Charlotte and Greensboro as a dry run for 2012, but NOT in Wake County.

Well, today’s issue of The N&O finally let slip what we ALL knew to be the truth:

A flurry of last-minute money, including some from a national liberal group, helped propel Democrats back into the majority on the Wake County school board this fall.

A campaign-finance report made public this week shows the Washington, D.C.-based America’s Families First Action Fund donated $30,000 on Oct. 26 to N.C. Citizens for Protecting Our Schools. The local group used $8,418 of that on get-out-to-vote calls to help Democratic school board incumbent Kevin Hill.

Another report made public this week shows a different group associated with Debnam made a big financial splash in the runoff. The report shows a Debnam-led group, the N.C. Futures Action Fund, donated $28,500 on Nov. 4 to Common Sense Matters, part of the $133,500 it gave the group throughout the school board campaign.

Under campaign-finance laws, these outside groups worked independently of the candidates.

FYI — “Pollster” Dean Debnam, mentioned in this item, heads up Public Policy Polling (PPP) of Durham.  The N&O, and other media outlets, REGULARLY quote from PPP polls in reporting on the issues of the day.  How credible is a polling firm that actively finances partisan campaigns going on in their operational jurisdiction?  Probably about as much as a newspaper whose owners and staff — Ahem, N&O, Southern Pines Pilot, Fayetteville Observer — regularly finance and advise partisan campaigns occurring within their operational jurisdiction.   (In other words, not very.)