Civitas has teamed up with Harper polling to  take state voters’ temperature about the 2020 election.  Here’s some of what they found:

Granted, this was taken earlier this month. Cooper’s lead is outside the margin of error, but that 16% undecided number DOES give Forest something to work with.

Cooper’s most recent approval rating shows that the NCGOP has its work cut out for it if it wants to recapture the big house on Blount Street.  “Total Approve” is sinking slowly, but it needs to move faster. 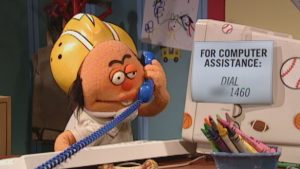 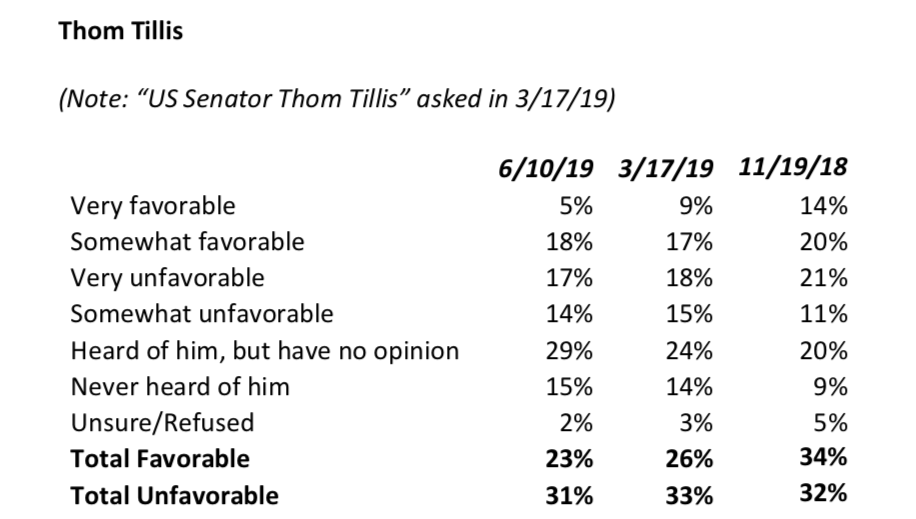 Twenty-three percent favorable is abysmal.  And 29% with NO OPINION? 15% NEVER HEARD OF HIM? After nearly SIX years?    This is even worse than what Morning Consult’s poll found in April.

Now the big question for the RNC and the NRSC:  Do you pump a lot of money into the state to save a horribly unpopular candidate who couldn’t pull 50%  against horribly unpopular Kay Hagan?  Or do you let the primary voters decide and then back the eventual nominee? Pushing Tillis across the finish line may very well put this seat at risk of a Democrat takeover AND damage the rest of the GOP ticket in the state.  (Don’t hold your breath waiting for the RNC or NRSC to do something SMART.)

The president’s approval spiked in February, but has dropped a little and held since then.  His disapproval rating is at its highest since September of last year.

Though, his numbers look better than Tillis’s do.  That is probably why Thommy is clinging to Trump like a remora clings to a shark.

While we’re at it, let’s take a gander at the generic ballot for the state legislature:

And let’s look at Congress:

2 thoughts on “Oh, look! Even MORE polling. (Cooper over Forest. Tillis in the toilet.)”