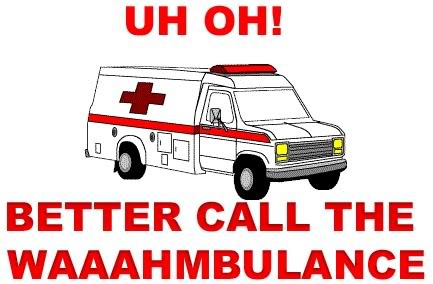 Lefties and their mainstream media friends are bending over backwards to distract from Barry Obama’s mess by sermonizing on “bullying”:

So the day has finally come. Our continued infantilization of young adults and the desperate need for content have finally collided to create an actual story that exists about bullying… bullying in the NFL.

I’ve never been prouder to be an American. A game where grown men hit each other for a living now has to concern itself with bullying.

How did we get to this point? I’d point to the fact that “children” can stay on their parents’ insurance through 26 as Exhibit A, but that seems a little too on the nose. Perhaps this is the opening salvo where our culture begins to reap what we sowed with our “no red pens” and “trophies for all” campaigns.

Have we not reached a point of semantic satiation for the word bully? At what point does it go the way of “hate,” “racist,” and “you can keep your plan, period” as something seemingly important that no longer means anything? That’s actually a joke, because the word “bully” actually no longer means anything. We now should say “the child who bullied.” America: Solving the world’s problems.

Social media and texting has allowed people to channel their inner-Alec Baldwin more easily and with fewer repercussions (the child who Baldwined?). Just pull up the comments section to just about any website and see the wonders that our education system has produced. But, we’re still talking about words, right? Grown-ups and words?

Can we, as adults, not brush this stuff off anymore (the secretary shall declare that “susceptibility to words” is a preexisting condition)? Have we gotten this soft?

And explain to me how this became and remains national news. Bob Filner didn’t enjoy this much coverage and he put women in headlocks. Maybe if he’d done it to a 6’5” 300-pound man the media would have reported more (“What did Jonathan Martin do to your face!?” “Nothing, I’m just smiling right now.”).

Of course, we now have countless sports channels and websites that must produce something. Tony and Mike have to fill 22 minutes a day, it may as well be about snippy text messages.

Unfortunately, this means that a one-day story about a meathead being a jerk to another meathead turned into something with more legs than JFK’s White House.

Don’t get me wrong, I’m not excusing Richie Incognito’s inappropriate behavior. He’s not exactly the kind of guy you want to… picking random examples out of a hat… play a round of golf with or grab a beer with (the child who n-worded). And maybe he and other Dolphins took the hazing too far. Or maybe Martin just couldn’t handle the “normal” amount of hazing.

But it’s not national news and it’s not a national talking point. I mean, who hasn’t sent or received a text similar to “I will murder your whole f***ing family”? Or maybe that’s just me.

Apparently, the bullying epidemic has swept over to the model whose faced once graced the home page of ObamaCare Online.   Apparently, this lady has been subjected to some nasty comments. thanks to her association with this beloved web site — this national treasure:

The model whose face appeared on the much-maligned Obama health care website choked back tears as she told of how she felt intimidated by harsh public criticism of the program.

The woman, who identified herself only as “Adriana” in an interview with ABC News, says she was never paid for appearing on the website’s home page. She describes that she innocently sent her photo to the Center for Medicare and Medicaid Services, after the agency sought free photos of American families.

She submitted a picture but was not paid for the image.

Little did she know that she would become the poster child for the failed Obamacare website and would be on the receiving end of scorn from those frustrated with the failed rollout.

“I mean, I don’t know why people should hate me because it’s just a photo. I didn’t design the website. I didn’t make it fail, so I don’t think they should have any reasons to hate me,” Adriana said during her ABC News interview.

Adriana, who is from Colombia, says in the interview broadcast Wednesday that reaction to the website amounted to “some form of bullying.”

She says she doesn’t know “why people should hate me because it’s just a photo.”

“It was upsetting. It was sad. We were having a hard day when we read all this,” she said.

“And in a way, I’m glad that my son is not old enough to understand, because you know whatever happens to you, it hurts them, too.”

Many scoffers suggested the model was an illegal alien, but though she is not an American citizen, the woman is currently a permanent resident and is applying for citizenship. Her husband is a U.S. citizen and the couple live in Maryland with their 21-month-old son.

Adriana’s photo has been removed from the website, but a spokesperson for the Department of Health and Human Services says it was not taken down at the request of the model.