News of the senseless, tragic ambush murders of two NYPD officers is reverberating across the country.  It’s becoming crystal clear that the killer was ginned up and inspired by the drumbeat of anti-cop rhetoric regurgitated by drive-bys and race pimps like Al Sharpton and Bill Barber in the wake of police-related shootings in Missouri and New York City.

The drive-bys gave air time to leftist nut cases chanting things like “What do we want? Darren Ferguson. How do we want him? Dead” and ”Burn this bitch down.”  Last time I checked, 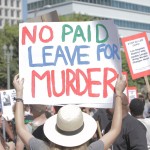 it’s still a crime to incite a riot.  Thanks to marathon, sensationalized coverage of those two local crime stories, we’ve got plenty of evidence to fill up countless jails with drive-bys media types.

We also got a lot of coverage of alleged eyewitnesses to each incident who had the guts to say inflammatory things on-camera, but NOT under oath in front of a grand jury.   But most Americans had more access to the nonsense aired and printed by the drive-bys than they did to the information from the grand jury. 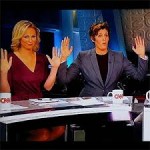 One of the more egregious bits of media malpractice was the dissemination of this whole “Hands Up, Don’t Shoot” theme.  Race pimps were out in force claiming that the Ferguson shooting victim had his hands up, surrendering, when the officer shot him.  The drive-bys were glad to help spin that twisted version.  The grand jury — buttressed by under-oath testimony — found that to be completely false.  Yet, the drive-bys — instead of investigating — kept airing footage of race pimps and other assorted agitators repeating that nonsense.  Just like Goebbels said, the more you repeat something – the truer it becomes. The more you say it, the more people accept it as a fact. 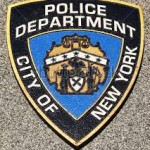 In the criminal justice game, you have to deal with evidence and sworn testimony.  In the media, all they need is someone ballsy enough to get on-camera and say ANYTHING.  The drive-bys do much more damage to our criminal justice system than good.  They’ve got a sordid track record.  Remember Richard Jewell, the alleged Olympic bomber? How about George Zimmerman in Florida?  Report a bunch of stuff that’s not admissible in court.  Report a bunch of stuff people wouldn’t have the guts to say under oath. Then, stand back and watch the chaos. 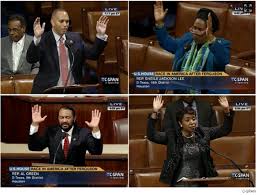 The mayor of New York. The US attorney general.  The president of the NC NAACP.  The President of The United States.  All of the drive-bys who put their names to “reporting” on Michael Brown and Eric Garner.  YOU are responsible for creating TWO new widows in New York City and two new sets of orphans.  It’s on you.