The Charlotte City Council and the Char-Meck School board appear to be in a neck-and-neck race to kiss up to the homsexuals. 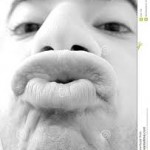 The City Council, as we know, tried it with that bathroom nonsense.  Now, here comes the school board:

The Charlotte-Mecklenburg school board voted 7-2 Tuesday to take a stronger stand on supporting LGBTQ students. The vote followed an impassioned and sometimes raucous public hearing.

The board approved a revised multiculturalism policy that expands the definition of diversity to include sexual orientation and gender identity/expression, along with such attributes as race, gender, national origin and religion. It also strengthens the mandate to “intentionally (incorporate) diversity throughout the curriculum, instruction, and professional development.”

Several speakers described that change as social engineering that usurps the role of parents in teaching religious and moral values.

“We do not need others to teach our children values,” said Ted White, a pastor and CMS parent. “I respect all life, but we do not have to embrace all lifestyles.”

But others said the expanded policy supports vulnerable students and prepares everyone for a diverse world. 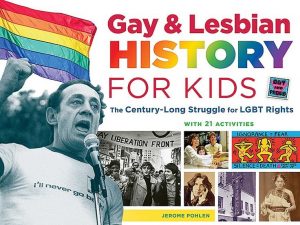 “At its heart public education is all about diversity and inclusion,” said Allen Smith, a parent and former school board candidate. He said some children live in families that are so intolerant that “the only place they will experience an environment free of homophobia and racism is a public school classroom.” […]

Translation of intolerant: One who dares to instill traditional values in their kids at home while tax-funded troglodytes try to wipe it all out those babysitting factories known as “public schools.”

*Oh, thank the deity for community organizers who get elected to public office and try to parent ALL the kids.*

[…] Board members Sean Strain and Thelma Byers-Bailey voted against the change. Strain, elected in November, said he thinks an existing anti-bullying policy serves to protect LGBTQ students, while the new policy seems to mandate changes in curriculum and instruction. […]

They’re doing THIS while record numbers of college freshmen are having to take remedial English and Math.  (That should have been learned when all this multicultural, diversity crap was being doled out.) 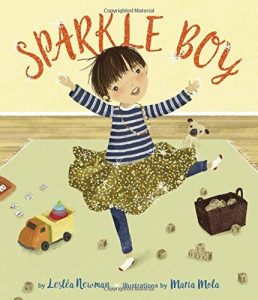 […] Board member Ruby Jones said the new policy sets the right tone for students: “We do teach values in the classroom, in that we teach love, we teach respect, we teach caring and we teach concern.”

Um,no.  PARENTS are supposed to do that.  PARENTS.  (*You know, baby-mamas and baby-daddys?*)

[…] Board members have been working on the multiculturalism policy for more than a year. It was originally set for a vote last March, but the school board put it on hold, fearing that uproar over LGBTQ issues would distract from work on student assignment changes.

The policy change went back on the agenda earlier in January, with a first hearing that drew only half a dozen supporters.

That led the Raleigh-based North Carolina Values Coalition to accuse CMS of trying to “sneak through yet another attempt to rob parents of their rights to teach their kids about sensitive moral questions.” The coalition urged people to contact board members and sign up for Tuesday’s second hearing.

MeckPAC, a local LGBTQ rights group, countered by rallying its members in support of the revision.

Carol Sawyer, a recently elected board member, posted on MeckPAC’s Facebook event that board members have been bombarded with identical emails from people opposing the change. “Rest assured that such robo-emails are not effective in changing our hearts and minds,” Sawyer said in a post thanking MeckPAC for supporting the policy.

The Values Coalition responded with an email blast accusing Sawyer of recruiting LGBTQ activists and showing a photo of Sawyer with a pink-eared “P***y Power” sign she made for the 2017 women’s march. “With such LGBT and contraception activists like Carol voted into the school board, no wonder they decided to spend their first meeting politicizing our schools,” the Values Coalition email said. It also asks for donations to “spread the word to as many parents as possible.”

A few speakers singled out Sawyer for criticism. “Carol Sawyer, shame on you for being an activist instead of an educator,” said Anne Marie Lloyd.

The Rev. Flip Benham objected to associating sexuality with race and religion for official support.

Police escorted him out of the meeting chamber when his time ran out and he approached the board members at the dais, still talking.

Wow.  *This certainly does OODLES for Charlotte’s alleged image as an alleged world-class cosmopolitan locale.*  (*Do you think little Chinese kids get “Pussy Power” lectures in between their world-domination lessons?*

We are so screwed. The inmates are truly running the asylum in Char-Meck.