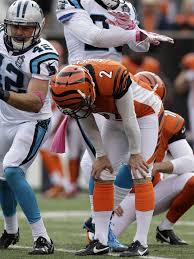 High Point University’s polling gurus says we have a tie on our hands: Hagan 40, Tillis 40, Haugh 7.  A total of 584 likely voters were surveyed between September 30 and October 2, and then from October 4 to October 9.  The margin of error was +-4.1 percent.

This is the best news for the Tillis camp since a 43-42 result of a September 2 CBS online poll.

Here is the take from High Point’s polling director:

“We have been saying all along that North Carolina’s U.S. Senate race had the potential to be extremely close. These results show that it may be a tie going into the home stretch. Voters make two basic decisions: whether to vote and for whom they will vote when they get there. This particular race will likely hinge on how partisans make that first decision. […] [W]e see some of the same factors playing out in North Carolina that are affecting incumbent re-election chances in our other highlighted states. President Obama’s approval is relatively low. People are pessimistic about the direction of the country. And the Republican Party makes a strong showing in the generic congressional ballot test.”

We couldn’t find any documentation of High Point’s accuracy in the 2008 US Senate race.  (CNN and Time were right on the money with their numbers on 10/28/08.)

Time Warner Cable News is releasing their survey on the 2014 race today.  It will be interesting to see how their results compare.