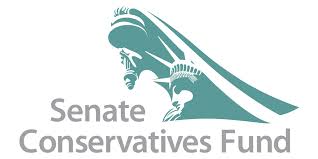 The Senate Conservatives Fund was founded by former US Senator Jim DeMint (R-SC) to counter the National Republican Senatorial Committee’s passion for recruiting and backing spectacular RINOs. They began seriously siphoning away cash from donors who might normally be fooled into giving to the NRSC.  THAT — coupled with SCF’s passion for lining up primary opponents for incumbent RINOs — earned the SCF some serious emnity from Inside-the-Beltway establishment Republicans.

A friend of mine passed on an email to me the other day from SCF touting “Six Conservatives Who Can Make A DIfference in Congress.”  The email featured six conservative Republican candidates.  Not one of them was named Tillis.

THAT fact has some establishment types seeing, um, red.  Check out these comments on Twitter from former NRSC spokesman and current private PR flack Brian Walsh: 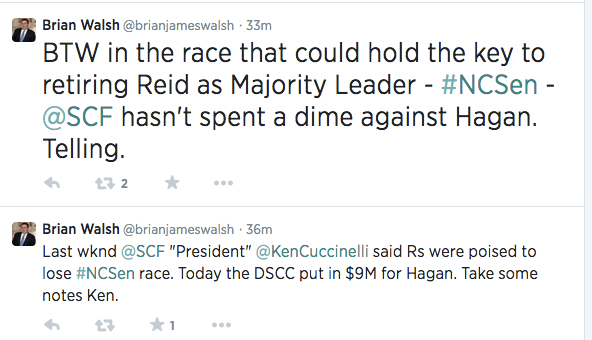 You may recall that Ken Cuccinelli was the most recent GOP gubernatorial nominee in Virginia.  Cuccinelli, a staunch conservative, got sold out late in the election by the RNC.  Operatives for  now-former Majority Leader Eric Cantor (R-VA) were even caught working for Democrat — and eventual victor — Terry McAuliffe.  Cuccinelli now heads up SCF while DeMint presides over The Heritage Foundation.  Interesting logic.  The establishment pulled the rug out from under Cuccinelli, but demands that he fall into line for them.  Wow.  Talk about cojones. 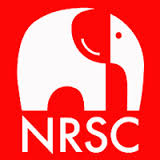 This is not Walsh’s first fight with conservatives.  Let’s harken back to 2009, when – as communications guru for the NRSC — Walsh was bickering with the folks at RedState because they were backing someone in a US Senate primary who was not blessed by the Republican gods in DC.

Most thinking people don’t simply fall in line behind a candidate because of an R or a D behind their last name.  They want their votes to be earned.

The Tillis team has not even tried to woo conservatives. They are relying on the argument that their man’s victory is key to “firing” Harry Reid.  Actually, we’ve seen a number of forecasts showing that it is quite possible for the GOP to take a majority in the US Senate without winning North Carolina.

Byron York, a columnist for the conservative Washington Examiner, looked at the North Carolina Senate race and came away with this take:

[…] As a key race, North Carolina has of course attracted millions in spending by outside groups on both sides. Even though it seems to have a generic quality, some Republican strategists put the race in the top tier of those likely to give victory to the GOP. “We think Arkansas, Iowa, and North Carolina are in a little cluster that is just a little more likely to turn over than Louisiana, Alaska, and Colorado,” said a GOP strategist keeping close tabs on the Senate race. Why? “Hagan has not been able to establish herself the way that Mary Landrieu and Mark Pryor and Mark Udall have been able to do,” the strategist continued. “They’re just stronger entities, even though Pryor is in a much more difficult state. Hagan is kind of nondescript. She doesn’t make huge mistakes, but she doesn’t really have a niche. She’s one of these bland politicians who sticks to talking points and doesn’t seem to cut through.”

The problem for Republicans, the strategist continued, is that Tillis has a bit of the same problem. Yes, he is dragged down by his association with the legislature. And yes, some of the most conservative Republicans in the state view him as too moderate. But perhaps his biggest challenge is this, according to the strategist: “There’s nothing special about him as a candidate. He’s just kind of a nondescript state legislator. I would argue that this race is probably the two most bland, lacking-in-any-special-skill candidates of any top tier Senate race in the country.[…]

Hmmm. Makes you want to whip out your checkbook RIGHT NOW, doesn’t it?

Give us a reason to hop on the Tillis bandwagon.